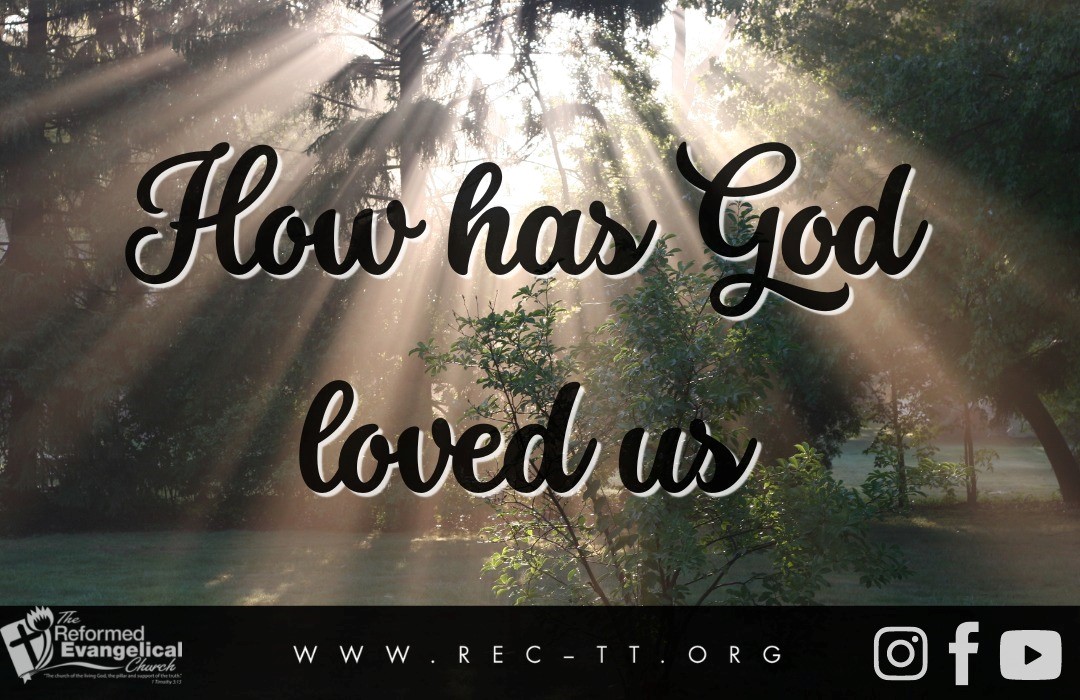 If you are a parent who has been diligent in providing materially and emotionally for your child, I think you would be extremely hurt and disappointed if that child tells you to your face that he/she did not believe that you loved him/her. Imagine, then, how God may have felt when the Jews who had returned from the Babylonian captivity questioned His love for them. This was after God had kept His promise to deliver them from seventy years of arduous captivity and brought them back into their land, against all human odds. “’I have always loved you,’ says the LORD. But you retort, ‘Really? How have You loved us?’” (Malachi 1:2, NLT– New Living Translation).

King Nebuchadnezzar’s army had destroyed Jerusalem and the temple in the sixth century B.C. Most of the people of the kingdom of Judah were then deported to Babylon. This was God’s judgement for their unbelief, idolatrous worship and rampant social injustice (Jeremiah 7:5). The Babylonian captivity was very painful for the Jews, as captured in this tearful statement from those who experienced it: “Beside the rivers of Babylon, we sat and wept as we thought of Jerusalem” (Psalm 137:1, NLT). You would think that their return to Jerusalem would have been an occasion of great hope and rejoicing in the LORD. The people had even been granted God’s favor to rebuild the temple that was destroyed by the invaders.

However, after just about a hundred years, the Jews had grown disillusioned and were no longer “feeling” the love of God. They quickly began to backslide and the Prophet Malachi was caught up in the middle of that apostasy. Being full of compassion and covenant love for His people, the LORD used Malachi to show them that their distress was due to their unfaithfulness to Him. He had never stopped loving them. He is the immutable God: “I am the LORD, and I do not change. That is why you descendants of Jacob are not already destroyed” (Malachi 3:6, NLT).

The Jews’ disputing of God’s faithfulness toward them was really an act of unbelief. They were telling God, in other words: ‘Remind us specifically in what ways You have loved us because we don’t see it.’ Our God, who is accountable to no one, did not respond in anger. Instead, He showed amazing compassion for His people by reminding them of His sovereign election of Jacob, their earthly father (Malachi 1:2). The Apostle Paul would later expound on how God chose Israel (Jacob) to fulfill His purposes in the earth by quoting from Malachi 1:2-3 to emphasize an important point – the election of Jacob had nothing to do with any merit in himself.

Speaking of the twin births of Esau and Jacob, the Apostle Paul wrote, “But before they were born, before they had done anything good or bad, she [Rebekah] received a message from God. (This message shows that God chooses people according to His own purposes; He calls people, but not according to their good or bad works.) She was told, ‘Your older son will serve your younger son.’ In the words of the Scriptures, ‘I loved Jacob, but I rejected Esau’” (Romans 9:11-13, NLT).

That love for Jacob did not just begin at the birth of Rebekah’s twin sons. It existed before the foundation of the world and applies to all of God’s children. It is explained in the Biblical doctrine of predestination or unconditional election: “Even before He made the world, God loved us and chose us in Christ to be holy and without fault in His eyes. God decided in advance to adopt us into His own family by bringing us to Himself through Jesus Christ. This is what He wanted to do and it gave Him great pleasure” (Ephesians 1:4-5, NLT).

This is the awesome heritage of all true believers in Christ. If you have believed in your heart and confessed with your mouth that Jesus Christ is your Lord and Savior then you should be rejoicing that God took great pleasure in loving you, even when you were dead in your sins (Ephesians 2:4-5). He did not love you reluctantly or sparingly. “For this is how God loved the world: He gave His one and only Son, so that everyone who believes in Him will not perish but have eternal life (John 3:16, NLT). It’s impossible to find another gospel that is comparable to this good news.

Do you sometimes feel alienated from God’s love? You can be sure that it can only be an attack of the devil. Doubts about God’s love for us are reminiscent of the serpent’s question to Eve in the Garden of Eden: “Did God really say…” (Genesis 3:1). It isn’t that God has not demonstrated His love for us. Let us allow the Scriptures to reassure us of this great love - 1) “God showed how much He loved us by sending His one and only Son into the world so that we might have eternal life through Him. This is real love – not that we loved God, but that He loved us and sent His Son as a Sacrifice to take away our sins” (1 John 4:9-10, NLT) and, 2) “But God showed His great love for us by sending Christ to die for us while we were still sinners” (Romans 5:8, NLT). In both of these verses, the emphasis is on the immeasurable gift of God’s Son and that it is purely by grace alone. God took the initiative to rescue us when we were still sinners.

Maybe, you are facing immediate difficult challenges in your life. In such circumstances, the Apostle Paul exhorted us to have an eternal perspective of the things we experience; to walk by faith and not by sight. Paul followed the same approach that God used to get the attention of the Jews as they slipped into apostasy following the Babylonian captivity. Even as he reflected on his own trials, Paul focused on the eternal things that cannot be seen: “So we don’t look at the troubles we can see now; rather, we fix our gaze on things that cannot be seen. For the things we see now will soon be gone, but the things we cannot see will last forever” (2 Corinthians 4:18, NLT). How is it even possible to ‘gaze’ on the unseen? It can only be done by faith. When we know our position in Christ we are able to trust Him to take us through our trials.

In his letter to the Roman Church, Paul reminds the believers that they are God’s children: “And since we are His children, we are His heirs. In fact, together with Christ we are heirs of God’s glory. But if we are to share His glory, we must also share His suffering” (Romans 8:17, NLT). Sharing in Christ’s suffering is a sign that we are God’s children. Paul’s message seems to have eluded modern preachers of the false health and wealth gospel. These preachers mislead their gullible followers with promises of all glory but no suffering.

The suffering can come in various forms and we do not have to search far to find it. It may arise in our own homes. Once we identify ourselves as children of God in our daily walk, the devil and the world will seek to make sure that our lives are uncomfortable. But God does not leave His children to face these struggles alone. He forsook His Son on the cross but He is with us in every trial: “The LORD is like a Father to His children, tender and compassionate to those who fear Him. For He knows how weak we are; He remembers we are only dust” (Psalm 103:13-14, NLT).

Later in his letter to the Romans, Paul poses three rhetorical questions that we should all ponder when we are facing trouble: “What shall we say about such wonderful things as these [election, effectual calling, glorification]? If God be for us, who can ever be against us? Since He did not spare even His own Son but gave Him up for us all, won’t He also give us everything else?” (Romans 8:31-32, NLT). His covenant love is from eternity to eternity. There is no reason to doubt it.