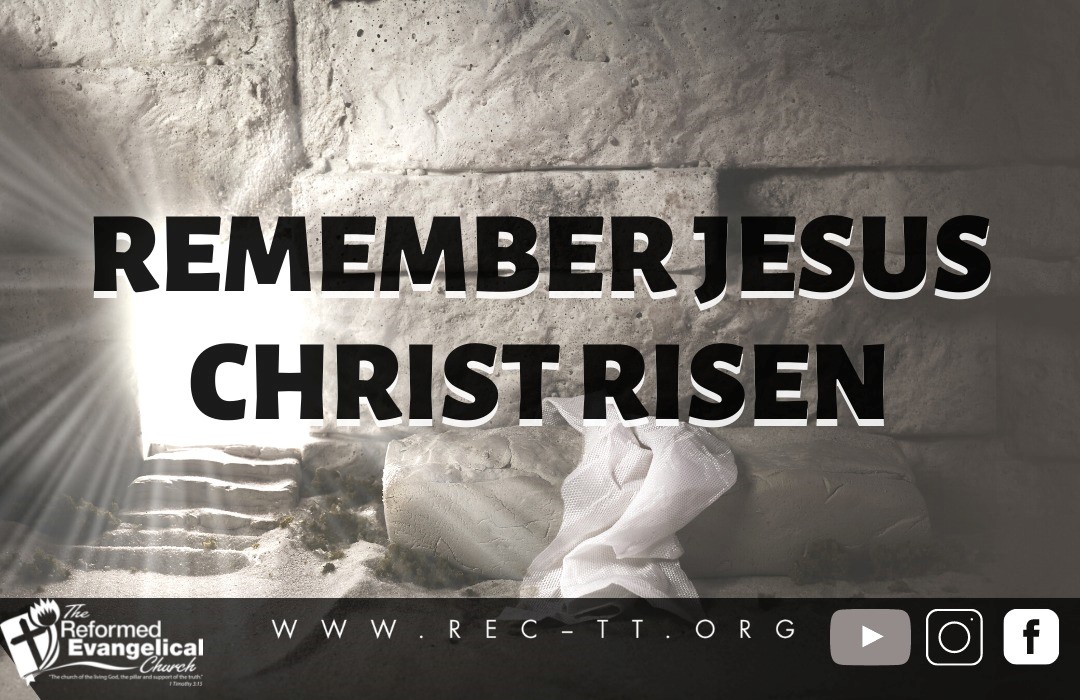 The Biblical testimony concerning the bodily resurrection of Jesus from the dead is very clear.

1Corinthians 15:5-8 gives us a brief list of the eyewitnesses who saw Jesus after He rose from the dead. Luke said, “To these [Jesus] also presented Himself alive after His suffering, by many convincing proofs, appearing to them over a period of forty days….”  (Acts 1:3).

Do you believe in the bodily resurrection of Jesus Christ from the dead?

Let us survey the arguments of the apostle Paul concerning the bodily resurrection of Jesus from the dead in 1Corinthians 15.

There were some members in the church at Corinth who were saying, “there is no resurrection of the dead.” (vs.12).  How did Paul respond to this claim?

Vs.13, “if there is no resurrection of the dead, not even Christ has been raised.”

Vs.14, “if Christ has not been raised, then our preaching is vain, your faith also is vain.” The word “vain” means empty or without content. In other words, take out the resurrection and you have nothing left.

In vs.15 Paul said that those who preach the resurrection are “false witnesses” (deceivers), “if in fact the dead are not raised.”

In vs.16, Paul repeated, “if the dead are not raised, not even Christ has been raised.”  Paul does not want the reader to miss this very basic important point.

Vs.18 tells us that all those who died, believing in the resurrection of Christ, have perished. They have died believing in and pinning their eternal hope in a worthless faith and lie. They have died without their sins being forgiven and without salvation in Christ. To perish is to die and be cast into hell.

In vs.20 Paul emphatically affirmed, “But now Christ has been raised from the dead.”  He has risen!  He is alive! And the hope of the forgiveness of our sins and eternal salvation in Him is absolutely true, real, and glorious.  In Luke 24:46-47  Jesus said,  “Thus it is written, that the Christ would suffer and rise again from the dead the third day, and that repentance for forgiveness of sins would be proclaimed in His name to all nations, beginning from Jerusalem.”

And so, Paul wrote in Romans 10:9, “that if you confess with your mouth Jesus as Lord, and believe in your heart that God raised Him from the dead, you will be saved.”

Today, the risen Savior can save you from your sins.