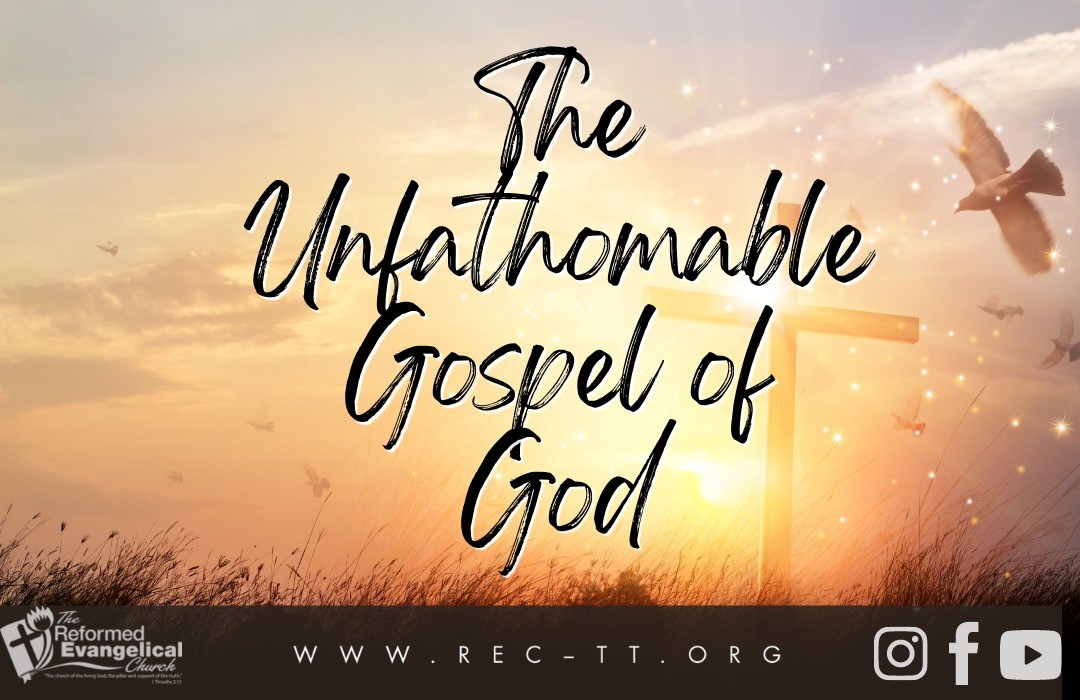 Many people have been praying earnestly for God to bring an end to the Covid-19 pandemic. It has caused so much suffering, death, and disruption to people’s livelihood and we are all eager to return to a normal living. Well, it seems that those prayers may have been answered - that is, if we are to believe the opinions of some medical practitioners that the Omicron and its sub-variants are the ideal “vaccine” that will achieve the much desired natural immunity in the majority of the world’s population.**

**See, for example, a discussion on this topic at:  https://www.cityam.com/covid-is-crashing-fast-as-omicron-increasingly-acts-as-a-natural-vaccine-mild-or-no-coronavirus-symptoms-yet-all-the-antibodies/

The jury is still deliberating over the benefits and dangers of Omicron. But if, in fact, it turns out that this strain of the corona virus is the agent that initiates the endemic phase of the pandemic, it would not be the first time that God answers prayers in an unexpected way. Indeed, God has been known to work in mysterious ways.

Consider, for example, the following brief but important account of an incident that’s recorded in the book of Numbers 21:4-9. The incident has great significance for the salvation of the world. It’s a reminder of the unfathomable ways of God that fills us with awe of His wisdom and power. The incident occurred after the nation of Israel was delivered out of Egypt and the people were trudging through the wilderness by the way of the Red Sea. “But the people grew impatient with the long journey, and they began to speak against God and Moses” (vv. 4-5, NLT – New Living Translation).

It is to be noted that this grumbling by the people occurred soon after God had given them a remarkable victory over their Canaanite enemies (Numbers 21:1-3). But instead of responding with gratitude and trusting God for the way forward, the people chose to rebel against Him, even rejecting His miraculous provisions: “‘Why have you brought us out of Egypt to die here in the wilderness?’ they complained. ‘There is nothing to eat here and nothing to drink. And we hate this horrible manna!’” (v. 5, NLT). We have seen the nations of this world literally shaking their fists at God as they openly rebel against His laws and refuse to acknowledge His lordship. And still, we have not seen any outpouring of repentance for these flagrant sins, even as a pandemic has enveloped the globe.

Our righteous and holy God has used various types of plagues to judge sinful mankind in the past. Sometimes, these judgements cause people to repent of their sins and turn to God. However, the book of Revelation foretells of people refusing to repent in the last days: “But the people who did not die in these plagues still refused to repent of their evil deeds and turn to God” (Revelation 9:20, NLT). In the case we are considering, the rebellious and insulting behavior of Israel incurred a grievous judgement from God in the wilderness but, thankfully, they did repent of their sin: “So the LORD sent poisonous snakes among the people, and many were bitten and died. Then the people came to Moses and cried out, ‘We have sinned by speaking against the LORD and against you. Pray that the LORD will take away the snakes’. So Moses prayed for the people” (Numbers 21:6-7, NLT).

What followed in the Biblical account was a touching display of God’s mercy and grace but with an unusual twist. God did not command the people to make a sacrifice or do anything. Neither did He offer to remove the snakes, which He could have easily done. In fact, it appears that the poisonous snakes persisted for some time after and the bronze serpent was retained and even worshipped by Israel (2 Kings 18:4). Instead, God’s solution to the people’s dilemma was completely counterintuitive; it involved a simple look at a replica of the very thing that brought death to them: “Then the LORD told him [Moses], ‘Make a replica of a poisonous snake and attach it to a pole. All who are bitten will live if they simply look at it!’ So Moses made a snake out of bronze and attached it to a pole. Then anyone who was bitten by a snake could look at the bronze snake and be healed?” (vv. 8-9, NLT).

Several centuries later, the theological significance of this incident unfolded when the Lord Jesus Christ revealed that His death by crucifixion was to be the fulfillment of that replica of the bronze serpent on a pole. In one of the most profound statements ever heard by man, Jesus referred to Himself as the “Son of Man”, saying: “No one has ever gone to heaven and returned. But the Son of Man has come down from heaven. And as Moses lifted up the bronze snake on a pole in the wilderness, so the Son of Man must be lifted up, so that everyone who believes in Him will have eternal life” (John 3:13-15, NLT).

There is much to unpack in these verses of Scripture and it is not possible to do so in detail in this article. The context of the statement was the well-known discussion between Jesus Christ and a high-ranking Pharisee named Nicodemus. The Lord Jesus had already stunned Nicodemus with a previous statement that ruffled his smooth religious feathers: “I tell you the truth, unless you are born again, you cannot see the kingdom of God” (John 3:3, NLT). This respected Jewish teacher had always thought that strict attention to religious deeds could justify him before God. He was now learning that he needed a spiritual rebirth (regeneration) in order to receive the gift of Christ’s righteousness and be justified before God. Religion is external; regeneration is internal. Religion is man’s doing; regeneration is the Holy Spirit’s doing (John 3:6).

As if that were not enough for Nicodemus, the Lord Jesus proceeded to tell him about “heavenly things” (John 3:12). In the first instance, Nicodemus needed to understand to whom he was speaking. He had initially addressed Jesus as “Rabbi” (teacher) although he did acknowledge that Jesus’ miraculous signs proved that God was with Him (John 3:2). Jesus announced that He was the Son of Man, a reference to the awesome night vision of the Prophet Daniel in which he saw someone like a “Son of Man” approaching the “Ancient One” in an environment of blazing fire. The Son of Man was given “authority, honor, and sovereignty over all the nations of the world, so that people of every race and nation and language would obey Him. His rule is eternal – it will never end. His kingdom will never be destroyed” (Daniel 7:14, NLT). Yes, Nicodemus was speaking to the incarnate God Himself!

Having established who He is, the Lord Jesus went on to bless Nicodemus (and all who would receive the gospel therafter) with the revelation that the bronze serpent on the pole was a type or symbol of both His crucifixion and His resurrection: “the Son of Man must be lifted up” (John 3:14, NLT). Salvation and eternal life is only possible through the death and resurrection of Christ. The Apostle Paul wrote, “He was handed over to die because of our sins, and He was raised to life to make us right with God” (Romans 4:25, NLT).

Why was all of this necessary? God is both holy and just. He cannot tolerate sin. The human race is infected with sin from Adam – just like the Israelites were infected with the venom of the poisonous snakes in the wilderness. The result is death to the human race. “For sin is the sting that results in death (1 Corinthians 15:56, NLT). How did God solve the problem of sin and death? HE BECAME THE VERY THING THAT KILLS US. The Apostle Paul summarized this gory fact of our salvation when he wrote: “For God made Christ, who never sinned, to be the offering for our sin, so that we could be made right with God through Christ” (2 Corinthians 5:21, NLT). This good news (gospel) is found only in the Bible.

The gospel of God is a celebration of His love for the world. “For this is how God loved the world: He gave His one and only Son, so that everyone who believes in Him will not perish but have eternal life” (John 3:16, NLT). Jesus Christ commanded all who hear this gospel: “Repent of your sins and believe the Good News!” (Mark 1:15, NLT). Will you obey?