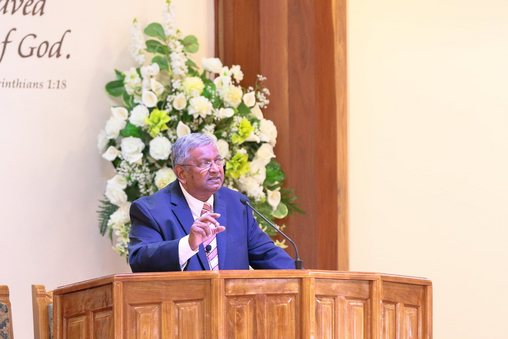 Pastor Amresh Semurath was born in 1950 and the Lord saved him at age 12. He entered into full-time ministry in January 1972. Later on, he studied theology at Jamaica Bible College, Mandeville, Jamaica.  He became Pastor of the Newtown Evangelical Church (Port of Spain) on May 1st, 1977.  In 1984 the name of the church was changed to The Reformed Evangelical Church.

In 1975, Pastor Semurath was brought to the discovery of Reformed doctrines and a faithful example of true expository preaching in the Jamaican church he attended.  After months of diligent studies Pastor Semurath embraced the Reformed Faith as the faith  “which was once for all handed down to the saints” by the Lord Jesus and His apostles (Jude 1:3).  The same diligent studies also resulted in Pastor Semurath becoming a fully committed Baptist.

An ardent defender of the truth of the Biblical gospel, Pastor Semurath’s ministry has been defined by diligent study, careful expository preaching, and faithful evangelism.  He is also deeply committed to the training of men and women in theological studies and Biblical Counselling  (2 Tim.2:2).  The goal is to ensure that sound doctrine will always be accurately taught and preached at The Reformed Evangelical Church for generations to come.

Pastor Semurath was happily married to Patricia (deceased) for 41 years and God blessed them with two sons.  He enjoys his coffee as much as his books and spending time with his grandchildren. 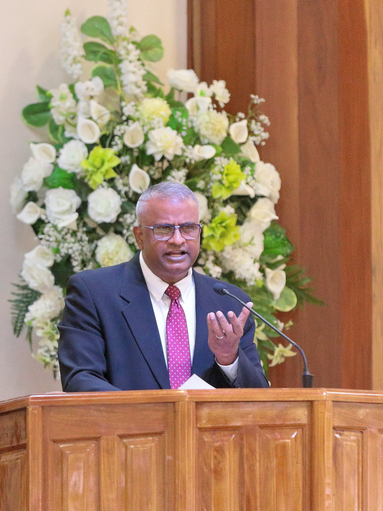 He graduated from Lexington Baptist College in 1988 after which he returned to Trinidad and Tobago and pastored the Kelly Bible Baptist Church from 1990 to 2007.

In 2010 he joined the staff of the Reformed Evangelical Church and was eventually ordained as a pastor in 2013 where he presently serves.

Pastor Sugrim is married to Lisa and has three children. 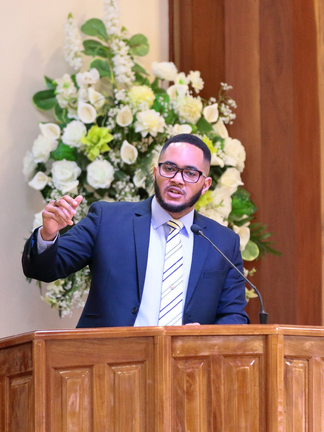 Pastor Akel Bowrin was born in 1989. The Lord saved him in 2006 at age 17 after the tragic death of one of his closest relatives. After the Lord saved him, he faithfully served in various ministries at the church he formally attended.

Between 2010 and 2014, the Lord began to expose him to "the doctrines of grace" through the preaching and teaching ministries of men like Pastor John MacArthur. This exposure led him to have a greater desire to hear the word of God taught boldly and accurately. In God's providence, the Lord led Pastor Akel to attend the Reformed Evangelical Church. He became a member in 2014 and sat under the ministry of God's word by Pastors Amresh Semurath, Sugrim Ramesar and Winston McIntosh (Emeritus).

In 2016 Pastor Akel was enrolled into the M.Div. program at Covenant Baptist Theological Seminary, Owensboro, Kentucky as part of a partnership program between the seminary and REC. In 2017 he married his wife Cherisse and was ordained as one of the Pastors of the Reformed Evangelical Church in 2018. He is still pursuing his studies at CBTS.

He and his wife have one daughter.