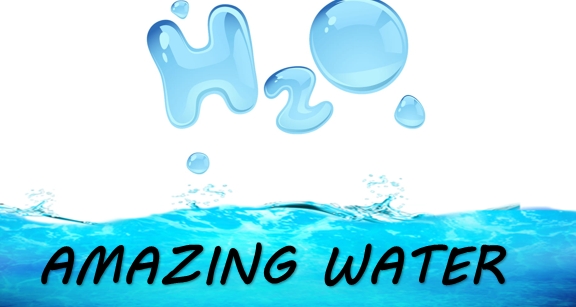 Amidst all the misery and gloom, there is still a sense of purpose in the universe. For example, the teleological evidence uncovered by scientists with regard to the lowly substance that we call water points to its fitness for supporting life on Earth. The scientific community is finally coming to terms with the fact that the conditions for life on Earth are no accident and that blind materialistic evolution cannot explain the clear evidence for the existence of a Supreme Creator. However, don’t hold your breath with expectations of a mass conversion of scientists to faith in Jesus Christ. This century has spawned a breed of “New Atheists” that gawks at the evidence but continues to deny God.

Water is an amazing substance but we hardly give it a thought. While we all admit to its critical role in our daily lives, we often waste it, pollute it and generally treat it as insignificant. This may be so because of its abundance in our everyday experience – approximately 70% of the Earth’s surface is covered by water. In addition, the fact that water is colorless, tasteless, and odorless could easily cause us to take it for granted, much like Israel did with the manna that fell from heaven after the exodus from Egypt when God fed them daily for forty years in the wilderness.

However, scientists who have studied the nature and properties of water have observed that it is one of the strangest and most unique substances in all creation. In fact, many scientists have been so convinced that life on Earth absolutely depends on the presence of liquid water that they naively assume that if they find even a trace of water on another planet there would also be a good probability of finding some form of life there.

What is the basis for this connection between water and life? The secret to the unique properties of water lies in the very simple but exquisite structure of the water molecule. It is brilliantly designed to support life on Earth. Without getting too technical, let us look briefly at the unique structure and a few critical properties of water. The next time you pour a glass of water for a drink, you may want to pause and praise God.

The water molecule is a combination of two atoms of hydrogen and one atom of oxygen: 2H + O = H2O. But it’s the actual structure of the molecule that makes it special - the two hydrogen atoms are bonded to the oxygen atom at a critical angle of 104.50. Consequently, the spatial arrangement of the atoms makes the water molecule slightly polar – it has a weak positive pole and a weak negative pole. This specific design causes the molecules in liquid water to be attracted to each other, which results in the formation of weak physical bonds, a phenomenon known as hydrogen bonding. This peculiar structure of the water molecule is a fundamental factor for the support of life as we know it on planet Earth. We can highlight just a few examples here:

Water is perhaps the only natural substance that exists freely on Earth in all of its three physical states, that is, as a liquid (water), as a solid (snow and ice), and as a gas (water vapor). Using energy from the sun, water is constantly being purified and reused through a cycle that converts snow and liquid streams into water vapor that rises to form clouds, which then release fresh rain and snow to the ground. This critical water cycle is known as the hydrologic cycle and it is mentioned most famously in Psalm 65:9 (ESV) as the “river of God”. See also Job 36:27-28.

For most natural substances, their solids are denser than their liquids. Not so with water; ice is less dense than liquid water! Hence, we see ice cubes floating in a glass of water. That means a whole lot for the survival of fish and other living things in lakes and streams that are located in harsh, cold climates. As the water begins to freeze, a layer of ice first forms on the surface of the water but it does not sink to the bottom. Since ice is a poor conductor of heat, it actually forms an insulating layer above the liquid water, which restricts further cooling of the water and allows fish to survive in the water beneath. If water behaved like normal substances, ice would sink to the bottom, leaving the water at the top exposed to freezing conditions and the whole stream would eventually freeze solid from bottom to top.

Due to the hydrogen bonding, liquid water has a relatively high surface tension. This is an important factor for the survival of plants since they can draw up nutrients (dissolved in water) from the soil through a physical process known as capillary action. Water’s high surface tension plus its extremely low viscosity make capillary action possible, so water can be delivered even to the top of the tallest trees.

There are many more amazing facts that can be listed about water. Scientists continue to be baffled by its many “anomalous” or irregular properties, such as its unusually high heat capacity. It is to be noted that each of these anomalous properties make it possible for life to thrive on this planet. In 2017, the Discovery Institute released the film, “The Wonder of Water”, based on a book of the same name that was written by biochemist, Michael Denton. In the preview to the film, Denton was clearly in awe of the properties of water and its fitness for life on Earth, which he said pointed to “Intelligent Design”. However, he never made the bold step to acknowledge and give the glory to the only true and living God. It appears that many of today’s scientists are finally coming to see that the various theories of cosmological and biological evolution cannot be defended in the face of the mounting evidence for special creation. However, they are still not willing to give the honor to God. This has dreadful consequences, as we read in Romans 1:28. On the other hand, Psalm 111:2 speaks of those who study the marvelous works of God and then return to praise Him: “Great are the works of the Lord”.

Apostle Paul explained to the Corinthians that God has chosen what is low and despised in His creation to confound the wise, so that no man might boast in His presence (1 Corinthians 1:28-29). We do well to heed the exhortation of John Calvin: “Meanwhile let us not be ashamed to take pious delight in the works of God open and manifest in this most beautiful theater” (Institutes, I. xiv. 20).