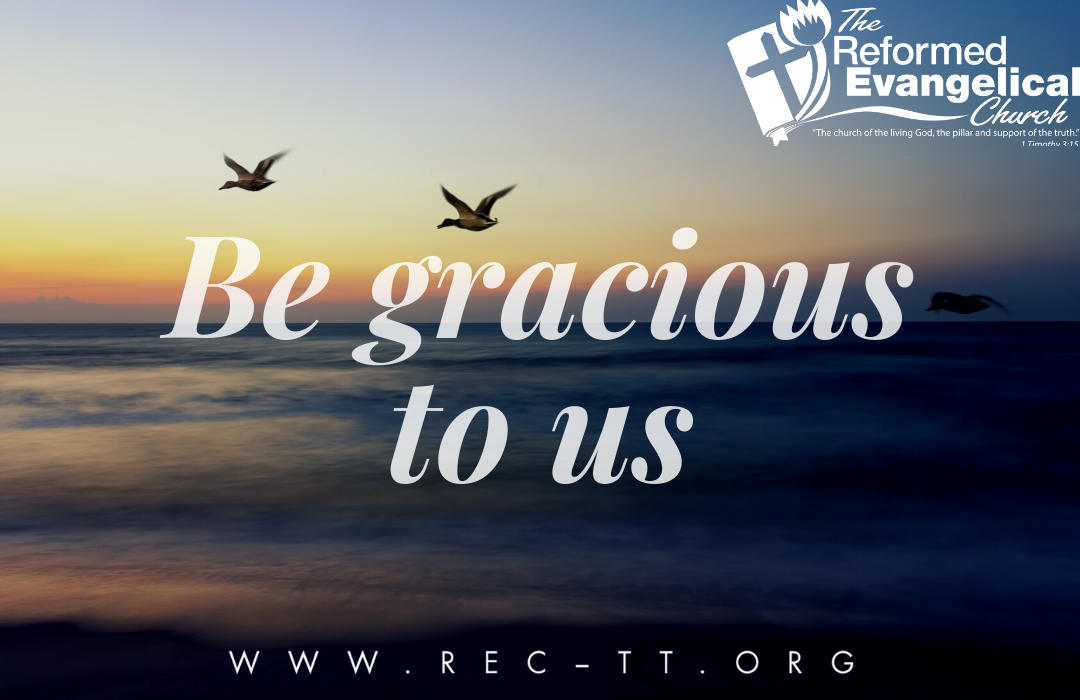 This Psalm is divided into two stanzas.  The first stanza is  vss.1-2.  In  vs.1  the focus is on the psalmist,  “I lift up my eyes.”  In the second verse the psalmist includes the whole congregation,  “our eyes look to the LORD our God.”  The second stanza is  vss.3-4.  Let us take note of the following repetitions  :  “eyes” – four times;  “gracious” – three times; “greatly filled” – two times;  “contempt” – two times.

Three possible backgrounds have been suggested for this Psalm.  Firstly,  Nehemiah chap.4.  The enemies of Israel, Sanballat and Tobiah and their cohorts, have launched a ridiculing and discouraging attack on Nehemiah and the Jews who are rebuilding the walls of Jerusalem.  Nehemiah’s response to this attack was to pray.  Neh.4:9  says,  “But we prayed to our God.”  Secondly, Hezekiah and the threat of the Assyrians  (Isa.chaps.36 & 37).  We must take note of Rabshakeh’s insults, boasts, threatening letter, and his comparing of Yahweh to the idol gods of the nations.  Hezekiah began his prayer like the psalmist  :  “O LORD of hosts the God of Israel, who is enthroned above the cherubim, You are the God….”  The third suggestion is that the Psalm refers to the mistreatment of the lower class in Israel by the arrogant upper class.  (cf. Amos 6:1).  The faithful poor have to put up with the self-sufficient proud oppressors who treat them with contempt and scorn.

The Psalm is an expression of total dependence upon the LORD.  The two lines of  vs.1  begin with  “To You”  and  “O You”.  The emphatic focus is on  “the LORD our God”.  The psalmist is lifting up his eyes in prayer to the God who is enthroned in the heavens.  This imagery tells us that God is the sovereign Ruler of heaven and earth.  The psalmist does not look within because he will only find the troubles of his heart.  He does not look to the people because they are in the same condition as he is.  He looks to God because only God has the power to deal with his problems.  The psalmist clearly believes that God is neither remote nor uninvolved in the affairs of this world.  He clearly believes that God is sovereignly and actively involved in the affairs of this world and in the lives of individuals.  He clearly believes that God has the authority and ability to intervene and make whatever changes He so desires to make in answer to the prayers of His people. The imagery of the psalmist lifting up his eyes tells us he is looking to God in prayer to intervene on their behalf.

The psalmist’s use of the word  “eyes”  in  vss.1-2  tells us the psalmist saw himself and his fellow petitioners in the subservient position before God.  Vs.2  further emphasizes the psalmist dependence on God, submission to God and patient trust in God.  The words  “servants” (slaves) and “maid” describe for us the peoples’ approach to God.  The people come before the LORD their God as a slave looks to his master and as a maid looks to her mistress.  The imagery pictures those who are vulnerable and needy and appealing with submission and humility to those with power and authority.  The LORD is sovereign, omnipotent, and authoritative and they are placing themselves and their needs into His hands.  They are entrusting themselves to the LORD with persevering prayer, that is,  “Until He is gracious to us.”

Note that the last line in  vs.2  connects with the first line in  vs.3,  “Until He is gracious to us.  Be gracious to us, O LORD, be gracious to us.”  The repetition shows us that the people are pleading with an urgent and agitated entreaty to the LORD.  The word  “gracious”  also means to show favor and to have mercy on.  James Boice says that mercy is an aspect of grace, but the unique quality of mercy is that it is given to the pitiful, in this case to those who have endured much ridicule from the proud, much contempt from the arrogant....  Mercy denotes the ready inclination of God to relieve the misery of fallen creatures.

Let us take note of the complaint in  vss.3-4.  “Greatly filled”  is used twice.  “Filled”  means  “to eat one’s full, to be sated, to have enough.”  The idea is that they have reached the brink of their endurance.  The word  “contempt”  also means  “ridicule”.  The word  “scoffing”  also means  “disrespect”.  Their adversaries or oppressors have filled them with contempt and scoffing.  But though they have been disrespected, derided and devalued by their adversaries, they are confident that the LORD would intervene and treat them with justice and mercy.  Their oppressors are described as  “those who are at ease”  and  “the proud”.

What are the lessons to be learned here?

Firstly, God is on the throne even when the arrogant rules and oppresses His people.  Regardless of how long and wickedly the oppressor rules, he has only one end before him.  That end is God.

Secondly, our trust must always be in this enthroned God who is compassionate and gracious.  But our trust must never be short-lived.  “Our eyes must look [with perseverance and confident hope] to the LORD our God , Until He is gracious to us.”

Thirdly, our approach to God can be both individual and corporate.  But note how quickly the individual prayers became corporate prayers in  vss.1-2.

Fourthly, the LORD is the awesome King who is enthroned in heaven, but He is also approachable and merciful to His people on earth.  His kingly scepter is always held out to this people.

Fifthly, our approach to God must always be with submissive hearts and humility.  We are the children of our Heavenly Father but we are also the slaves and maids before the King.

Sixthly, this psalm reminds us of  Heb.4:16.  “Therefore, let us draw near with confidence to the throne of grace, so that we may receive mercy and find grace to help in time of need.”