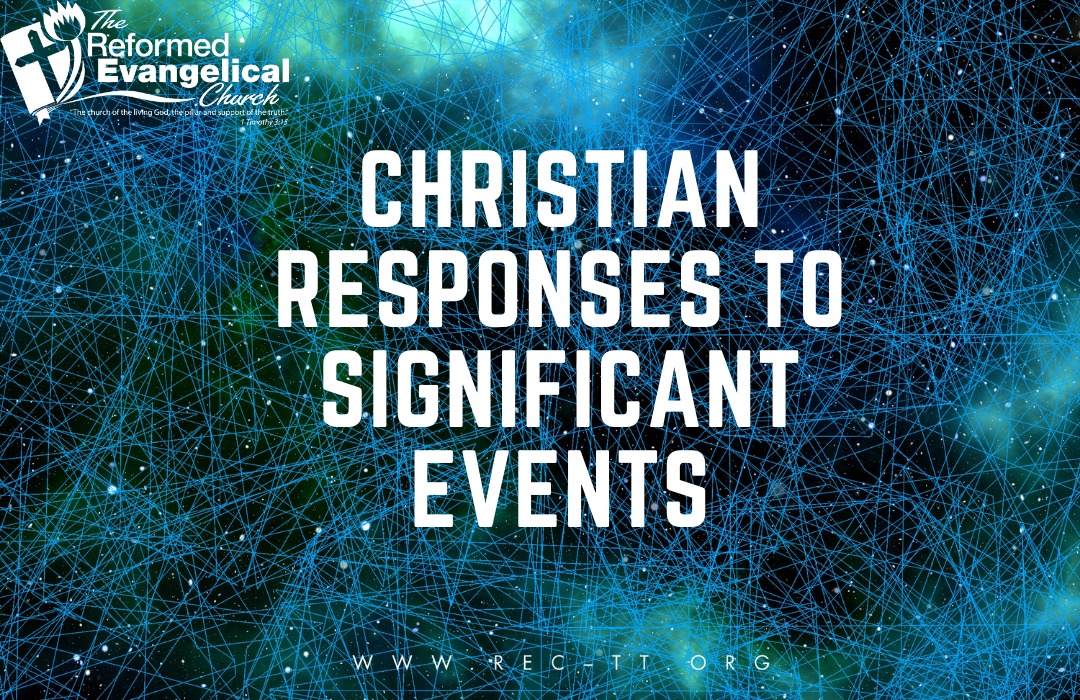 It is almost three weeks since the USA presidential elections as I write this post. In the run up to the elections, Christians in and out of America were far from unanimous in their choice of candidate for President. Now that the results appear to be more or less settled, Evangelical Christians are trying to make Biblical sense of the outcome. What are the implications for the Church, given the possible influence of the progressive left on a Democratic administration in the White House? Following the rapid spiritual decline of England in the 20th century, America became the beacon of the Christian gospel, learning, and missions to the world. Is this about to change? Are we facing a pivotal moment in the history of America that marks the beginning of church censorship? The analysis continues to be polarized into two camps. This is not unusual.

Christians have historically interpreted significant events in the world in different ways. Take for example, the fall of Rome in 410 AD. Rome was called the “Eternal City” in the first century because it seemed to endure and grow over several centuries while other cities came and went. This was the city from which the Emperors ruled the Roman Empire. Christianity was recognized as the official religion of the Roman Empire after Emperor Constantine issued the Edict of Milan in 313 AD, almost a century before the fall of Rome.  So, when Alaric led the Gothic tribes in the sacking of Rome, the reverberations were felt far and wide in the ancient world. Alaric was a Roman general who had converted to Christianity and then defected to the Goths. Many people wondered how Rome, the center of Christianity at that time, could survive attacks over several centuries and then fall to an army that included Christian Goths.

It is interesting to compare how two prominent Christians, Jerome and Augustine, came up with different interpretations of the significance of the fall of Rome. Jerome of Bethlehem was the translator of the Latin Vulgate, which was the authorized Bible for almost a thousand years. When he heard the news of the fall of Rome from refugees who had fled to Bethlehem, he put aside the commentary that he was writing on the Book of Ezekiel and withdrew to a cave where he sat in stunned silence for three days. Jerome’s reaction was influenced by his eschatology (doctrine concerning the final things). He was sure that the Roman Empire was the fulfillment of the feet of iron and clay of that awesome statue in Daniel’s vision (Daniel 2:40-43). So, when Jerome heard that the final kingdom, Rome, was destroyed he was fully expecting the next event to be the appearance of Antichrist. It was said that Jerome even advised a friend against getting married, in view of what was to come.

On the other hand, Augustine of Hippo paid little attention to eschatology for his interpretation of the fall of Rome. In his magnum opus, “The City of God”, Augustine laid out his understanding of the earthly city as opposed to the city of God. He was adamant that no earthly city could last forever, notwithstanding the popular view of Rome as the eternal city. Instead of focusing on things that decay, Augustine urged Christians to look to the eternal city of God wherein lies their hope (Hebrews 11:16).

Interestingly, Augustine also had to defend Christians against the belief of the Romans that their beloved city had fallen because of the rise of Christianity and the refusal of Christians to worship Rome’s pantheon of gods. Even the noted historian, Edward Gibbon, would later conclude in his autobiography that, “the propagation of the Gospel, and the triumph of the church, are inseparably connected with the decline of the Roman monarchy”. Augustine argued in his book that it was the moral decadence of Rome, and not Christianity, that was responsible for its destruction. In this post-Christian era of the western world, the Church is seen by many as a hindrance to progress and many Christians fear that we may soon be facing persecution for preaching the word of truth against the rising gay culture.

Events since the American elections suggest they may be right. For example, the renowned filmmaker, Michael Moore (no relation to this writer) recently wrote a letter to President Elect, Joe Biden in which he passionately urged Biden to “charge into the White House” and “embrace the Left”. Biden was warned not to follow in the footsteps of the previous Democratic President Obama, who Moore saw as a compromising centrist. Biden was advised to “GO BIG” (Moore’s emphasis).

The timing of the change in the White House is alarming to many Christians who see a convergence of the current Democratic Party’s ideology with the proposed “Great Reset” that is on the agenda of the World Economic Forum to correct perceived global problems such as climate change, sustainability, social justice, and the current pandemic. The humanistic dream of John Lennon’s 1971 hit “Imagine” is still the goal – no country; no possessions; no God. Rolling Stone magazine described the lyrics of Lennon’s song as “plain-spoken faith in the power of a world, united in purpose, to repair and change itself". If that sounds familiar to you, maybe it’s because you have read the account of man’s rebellion against God at the tower of Babel (Genesis 11). It is the Marxist ideal.

You may be wondering why anyone would be alarmed about these seemingly noble objectives of the World Economic Forum. Well, think about what “social justice” means to the progressive left. It would include the legalization of abortion, which is plain and simple murder of a human being who is made in the image and likeness of God (Genesis 1:26). This is presented as “planned parenthood” to help the poor but it is actually wreaking havoc in black communities, such as in New York, where abortions approximate live births.

Additionally, the Biden administration plans to pass the Equality Act within 100 days after entering the White House. This Act is intended to protect the LGBTQ against discrimination. While discrimination against anyone is to be rejected, we have seen that such legislation can be used as a big stick to force “straight” retail businesses to provide services to the LGBTQ community when doing so would violate their Christian beliefs. Christians have not forgotten the example of the Colorado baker whose business was almost ruined simply because he exercised his right as a Christian to decline a request to prepare a wedding cake for a gay couple.

Not to be forgotten, also, is Bernie Sanders’ rage in a congressional hearing against a Christian who confessed the essential Biblical doctrine that Jesus Christ is the only Way to salvation (John 14:6). Sanders judged that accepting this doctrine would be anti-American since it would condemn the many Muslims in the USA. It is expected that the reduced majority of the Democrats in the Congress and another defeat in the Senate will allow Bernie Sanders and other left-leaning Democrats, like Alexandria Ocasio-Cortez, to bargain for a greater voice within the new administration in the White House.

However, some Christians did not see any threat to the Church with the Democrats winning the elections. Instead, they had greater concerns about the personality and disruptive management style of outgoing President Trump. It seems that the votes of these Christians were primarily against Trump the man rather than for the policies of Biden. In reality, they may have just kicked the can down the road. Hopefully, Christians on both sides of the political divide are united in their understanding that our awesome God is sovereign over all the nations. The Prophet Daniel said in Daniel 2:20-21,

“Let the name of God be blessed forever and ever,For wisdom and power belongs to Him,It is He who changes the times and the epochs;He removes kings and establishes kings;He gives wisdom to wise men And knowledge to men of understanding.”