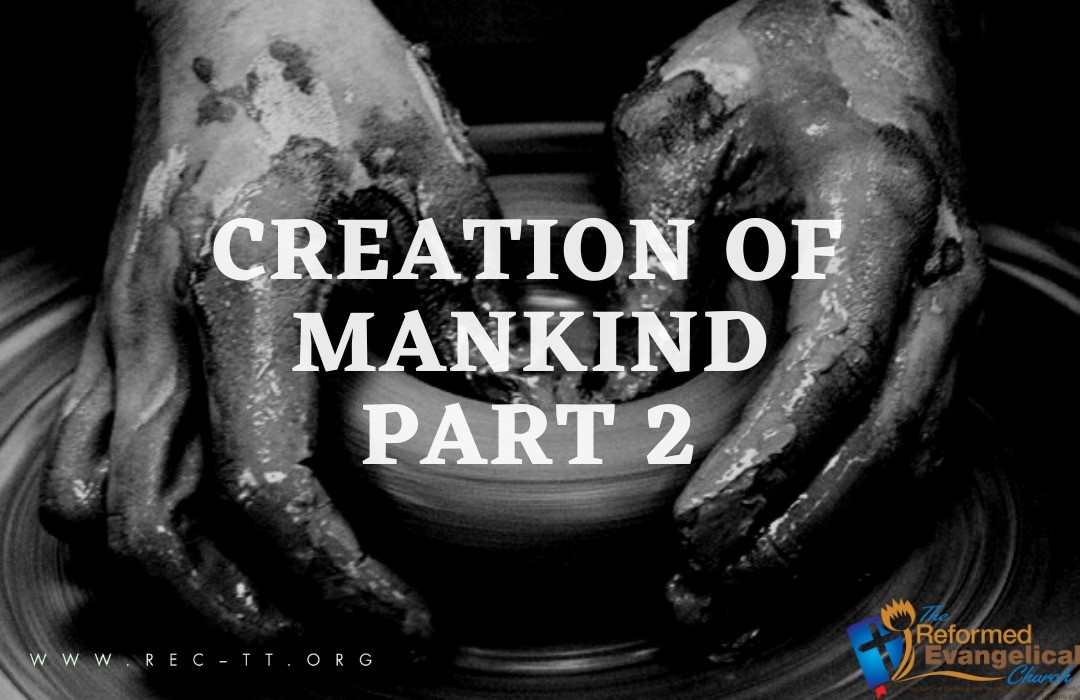 Let us consider the following :

3).  Gen.1:27  says,  “male and female He created them.” (cf. “them” vs.28). In creating mankind God created two human beings (them).  God created one distinctively male and one distinctively female. The Hebrew words for  “male”,  zakar,  and  “female”,  neqeba,  particularly express and emphasize human sexuality, sexual distinctions, sexual gender.  Zakar  describes a biological male as opposed to a biological female.  Neqeba  describes a biological female as opposed to a biological male.  Gender distinction is not a social invention.  Gender distinction is God’s intentional design in creating mankind. Society did not and cannot make us male and female. Gender and sexuality are not accidents of nature nor the work of surgeons and hormone treatments.  Gender and sexuality are the sovereign and wise will of God.

4).  God is the sovereign Lord and Ruler over His creation.  But as the crown of God’s creation, God gave to man (male and female) two creation mandates which must be carried out under the authority of God. The first mandate is reproduction. “God said to them, “Be fruitful and multiply….”  Reproduction is rooted in the male and female gender and sexuality. The second mandate is to rule over God’s creation.  I want you to note that the creation mandates are prefaced by the statement, “God blessed them”, the man and the woman. This blessing has to do with the marriage God performed between the man and the woman and it precedes the reproduction mandate.

5). When we come to Gen.chap.2, we see the deliberate order in which God carried out the creation of the man and the woman. Paul made it clear in 1Tim.2:13 that the order was not arbitrary but theological.  It is clear from Gen.2 that the man is given the priority. God created the man first. Adam is created from adama, the dust from the ground. (vs.7). Man is created from the ground.  His job relates to the ground.  And when he dies, he is returned to the ground.  “Dust” emphasizes how fragile we are.  (Psa.103:14).

8).  “Then the LORD God said,  “It is not good for the man to be alone; I will make him a helper suitable for him.” (vs.18). Note carefully the text does not say that Adam was “lonely”.  The text says Adam was “alone”, that is, Adam was by himself, one of a kind.  The six joyous refrains in  Gen.1,  “And God saw that it was good”,  suddenly becomes  “not good”  after the creation of the man.  “Not good”  is very strong language. The observation and declaration of Adam’s need is all God’s.  God did not consult Adam. God was not responding to a complaint made by Adam.  “Not good”  was God’s sovereign, unilateral assessment.  And the solution to the problem came from God.  God declared, “I will make him a helper suitable for him.”  God’s solution to man’s aloneness was not another man.  God’s solution to man’s aloneness was a female  adam,  a woman.  To prepare the needy bachelor for the woman, God initiated an awareness program. (vss.19-20).  But Adam could not find one animal that would complement him, correspond to him, and complete him.  Adam was now ready for the presence of one like himself. It must be noted here that Adam was given the first privilege (priority) to exercise rule over God’s creation in naming the animals.

10). God “brought her to the man.” God has taken the role of father-giver here. When the man saw the woman he exploded with astonishment, rapturous joy, and poetry. Adam’s first words were literally,  “at last”,  “finally”.  At last, one like me!  Finally, one like me!  Adam found in Eve what he needed and wanted.  Adam found in Eve what he could not find in the animal kingdom.  Adam knew immediately that the woman was like him yet different to him.  God’s answer to Adam’s aloneness was not an animal and not another man.  God’s answer to Adam’s aloneness was a woman.  And Adam’s answer to God’s gracious provision was an explosion of rapturous joy. Adam named her “woman”, ishshah, in keeping with his identity as man, ish.

11). When God brought the woman to the man, God switched roles from father-giver to wedding minister and performed the first wedding.  As noted already, this is expressed in the statement,  “God blessed them” (Gen.1:28).  The divine blessing of marriage is given to the man and the woman.  The divine blessing is intimately joined the reproduction mandate.  And then God said, “For this reason a man shall leave his father and his mother, and be joined to his wife; and they shall become one flesh” (2:24). (cf. Matt.19:4-6). This one flesh has sexual connotations. In marriage 1+1=1. The man and the woman are “halves” and they are joined together as ONLY a man and a woman can be joined.

12).  “And the man and his wife were both naked BUT they were not ashamed.” (vs.25).  The nakedness is physical and has sexual connotations.  It points to the consummation of the marriage. But it also points to the transparency that existed between the man and his wife.  There were no barriers between them.  At the end of the sixth day we read in  Gen.1:31,  “God saw all that He had made, and behold, it was very good.”  So we moved from good to not good to very good.  The creation of the woman and the marriage of the man and the woman climaxed the sixth day and brought about the declaration,  “very good.”  God’s design for marriage is heterosexual, permanent, exclusive, monogamous.   And God rested from His work.

What does it mean that the woman is the “helper suitable” for the man?  Does “helper” mean the woman is inferior to the man? If that is true then Psa.54:4 presents a problem. The verse says, “Behold, God is my helper.” The word “suitable” means she is the man’s opposite who complements the man, who corresponds to the man, who completes the man.  She is the one who makes him one. The Hebrew word for “suitable” is kenegdo. Kenegdo is hard to translate into English because it is a compound word made of two parts. The first part is the word ke, which means “like” or “as.” The second part is the word neged, which means “opposite” or “against.” The word kenegdo literally translates “as opposite him” or “like against him.” Eve is a suitable helper for Adam because she is both “like” Adam and “opposite” Adam. She is “like” Adam because she is a human being, not an animal (cf. Gen. 2:20). But she is “opposite” Adam because she is female, not male (cf. Gen. 1:27).

I close with Paul’s doxology in  Rom.11:33-36, “Oh, the depth of the riches both of the wisdom and knowledge of God! How unsearchable are His judgments and unfathomable His ways! 34 For who has known the mind of the Lord, or who became His counselor? 35 Or who has first given to Him that it might be paid back to him again? 36 For from Him and through Him and to Him are all things. To Him be the glory forever. Amen.”