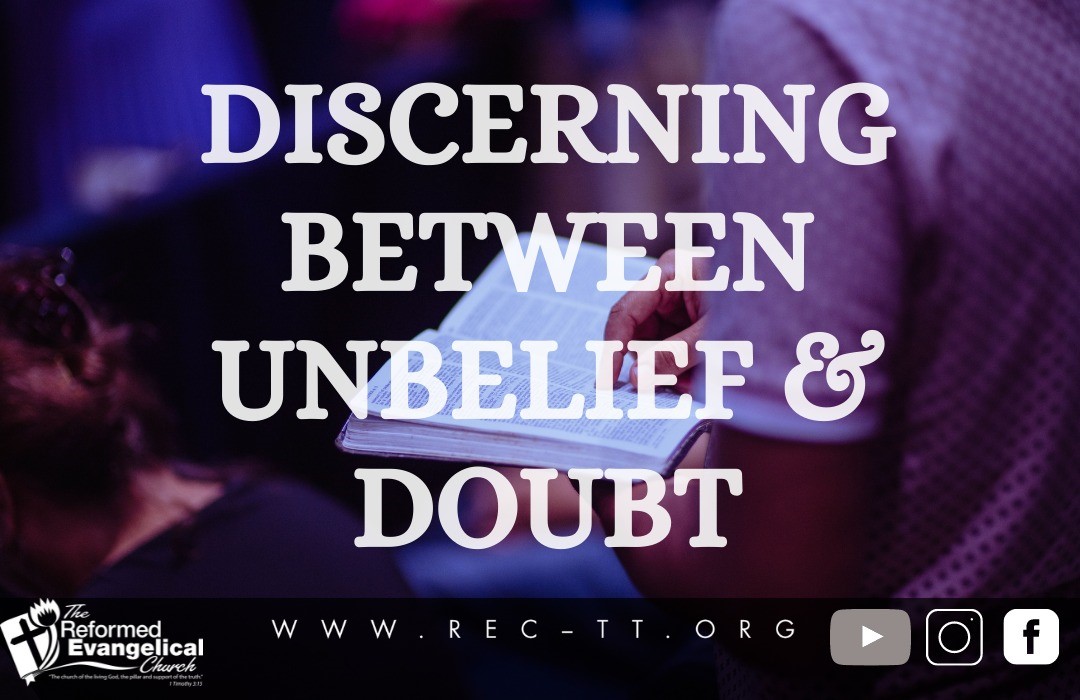 Spiritual discernment is a precious gift from God. It is “…the ability to discern whether a message is from the Spirit of God or from another spirit” (1 Corinthians 12:10, NLT). This gift is especially useful when we are responding to questions or objections regarding the Christian Faith. Spiritual discernment helps to guide one’s response in such instances. Sometimes that response may even be no response at all, especially when dealing with the sin of unbelief. This should not be a silence of contempt for the unbeliever, since we would all be in the same spiritual darkness but for the grace of God. Rather, it is a recognition of the teaching of the Lord Jesus that we should not cast our pearls (holy things) to pigs (spiritually unclean) lest they trample them and then turn and attack us (Matthew 7:6).

In today’s western pagan culture, the Christian will often encounter people who have hardened themselves into outright enemies of God. Their chief objective is to attack His Church and His inspired Word, the Bible. These people are unwittingly doing the work of the Devil. Their questions may appear to be innocent but on closer examination they are found to be laced with the venom of that crafty old Serpent. Their words and deeds expose their sin of unbelief. For example, much of the discussion on social justice is often reduced to pointing accusing fingers at Christianity and the Church as the root causes of the evils in the world. Little credit is given to Christianity as the foundation of western civilization. The antichrist spirit desires to cancel anything that is truly Christian.

These accusers are like the children of Israel who contended with Moses in the wilderness over a lack of water and asked the amazing question, “Why did you bring us out of Egypt?” (Exodus 17:3, NLT). However, they have turned up late since Christ Himself has been continually reforming His Church throughout history. God has always exposed evil when it infiltrated His Church, which He purchased with His own precious blood. The Protestant Reformation of the sixteenth century is an excellent example of God’s intervention to purify His Church.

The Apostle John pointed out that those who do not belong to God will not listen to those who belong to God. John said, “That is how we know if someone has the Spirit of truth or the spirit of deception” (1 John 4:6, NLT). In its comments on this Scripture verse, the Swindoll Study Bible notes that, “Discernment plays a vital role in surviving the spiritually treacherous times we live in.” This is so true. That’s why we should pray earnestly for this gift.

The Lord Jesus Christ faced unbelief in many people who were around Him from the beginning of His earthly ministry. He dealt with this damnable sin in a decisive manner that should be instructive to all Christians. For example, the people in Jesus’ hometown, Nazareth, had heard of His wisdom and mighty works that were done elsewhere and yet they scoffed, “He is just a carpenter, the son of Mary” (Mark 6:3, NLT). These people allowed their familiarity with Jesus’ occupation and His family rank to turn their hearts against Him. Mark’s account continues to state that, “They were deeply offended and refused to believe in Him” (v. 3). Jesus was so amazed at their unbelief that He, in turn, refused to do more miracles in Nazareth (Mark 6:6 & 5). The people of Nazareth saw Jesus as just a lowly woodworker and they missed the blessing of experiencing the presence of God Himself among them.

Mark tells us that Jesus moved on from Nazareth after His rejection there to teach in other villages. We have no indication in the Bible that He ever returned to Nazareth. This shows that there are serious consequences for anyone who rejects the holy Son of God. It could mean eternal damnation. “That is why the Holy Spirit says, ‘Today when you hear His voice, don’t harden your hearts as Israel did when they rebelled, when they tested me in the wilderness’” (Hebrews 3:7-8). Many hymns have been written with the line ‘Jesus is passing by’. They all urge the sinner to grasp the moment and yield to the Savior. There is no guarantee that He will pass by tomorrow. Dear reader, if God blesses you today with the light of His gospel, do not harden your heart with the dreadful sin of unbelief, lest you be condemned to an eternal hell.

But there are many other people who will have genuine concerns regarding the doctrines of the Bible and may want to ask us questions because they are seeking clarification. So, on the one hand, we may be contending with a denial of the existence and authority of God over His creation. On the other hand, we may be faced with an honest doubt from someone who needs confirmation about his or her knowledge of God. In his book, When Doubt Becomes Unbelief, Alister McGrath notes that, “Doubt arises within the context of faith.” This is illustrated in the Biblical account of Jesus healing a demon-possessed boy (Mark 9:17-26).

The father of the boy described to Jesus how his son had suffered deadly attacks from an evil spirit since he was a child, which had left the boy deaf and mute. The man was further distressed because he had brought his son to Jesus’ disciples for healing but they could not cast out the demon. So he appealed to Jesus, “Have mercy on us and help us, if you can” (v. 22, NLT; my emphasis). Jesus responded graciously to this man of wavering faith, “Anything is possible if a person believes” (v. 23, NLT). The man cried out, “I do believe, but help me overcome my unbelief!” (v. 24, NLT). The Lord Jesus displayed His divine compassion and proceeded to grant the man’s request by utterly casting out the demon and healing the boy.

All true believers in Jesus Christ have to deal with doubt at some point in their Christian walk when faced with personal trials. Consider the case of John the Baptist. John and Jesus probably knew each other in their youth since their mothers were related (Luke 1:36). And yet, John confessed he did not know that Jesus was the Messiah until the Holy Spirit revealed it to him while he was baptizing Jesus (John 1:33). Subsequently, John went on to proclaim publicly that Jesus was, “The Lamb of God who takes away the sin of the world!” (John 1:36). Later, when John was imprisoned by Herod Antipas, it seemed that he began to have second thoughts about Jesus as the promised Messiah. Like the two disciples on the road to Emmaus, John may have been disappointed that Jesus did not deliver the long awaited kingdom in the way that the Jews had expected. “We had hoped he was the Messiah who had come to rescue Israel” (Luke 24:21, NLT). Those disciples initially saw Jesus’ crucifixion as a defeat.

John the Baptist would have wondered why he was imprisoned for so long. Historians believe that John would have languished in prison for twelve to eighteen months until his execution. During that time, John may have contemplated what had become of his own ministry, given the remarkable circumstances of his birth and the prophecy of his father, Zechariah. The Bible tells us that, “Everyone who heard about it reflected on these events and asked, ‘What will this child turn out to be?’ For the hand of the Lord was surely upon him in a special way” (Luke 1:66, NLT).

John needed to be sure that all that he did previously was not in vain so he sent two of his disciples to Jesus with the question, “Are you the Messiah we’ve been expecting, or should we keep looking for someone else?” (Luke 7:20, NLT). Jesus’ response to John the Baptist was full of grace and truth. Whereas He refused to do any miracles in Nazareth because of the unbelief there, the Lord performed a specific range of healings to answer John’s question (Luke 7:21). “Then He told John’s disciples, ‘Go back to John and tell him what you have seen and heard – the blind see, the lame walk, those with leprosy are cured, the deaf hear, the dead are raised to life, and the Good News is being preached to the poor’” (Luke 7:22, NLT). What John’s disciples saw and heard was, in fact, Jesus fulfilling the prophecies of Isaiah regarding the coming of the Messiah (Isaiah 35:5, 6; 61:1). John the Baptist would have been reassured by their report.

Quite often, it is not easy to discern between unbelief and doubt. It is not always a matter of distinguishing between black and white issues. Charles Spurgeon captured this difficulty in his famous statement that discernment is more about distinguishing between right and almost right.  Only God sees and knows the heart of man. We need the help of the Holy Spirit to navigate through this present evil world. It is the work of the Holy Spirit to mature the Christian into someone who can discern between good and evil. This maturity comes through learning to use the Word of God as a filter to distinguish between good and evil. “Solid food is for those who are mature, who through training have the skill to recognize the difference between right and wrong” (Hebrews 5:14, NLT).

As we grow in the knowledge and grace of God, we will recognize the sin of unbelief for what it is. “Satan, who is the god of this world, has blinded the minds of those who don’t believe. They are unable to see the glorious light of the GOOD NEWS. They don’t understand this message about the glory of Christ, who is the exact likeness of God” (2 Corinthians 4:4, NLT). It is important at all times to pray that God would open the eyes of unbelievers to see the truth rather than depend on our own logical arguments. It is also essential that we who have the truth understand that, but for the grace of God, we would be no different to the worst unbeliever. Therefore, discernment must be coupled with humility, lest we be overcome with pride and tarnish our witness for Christ.