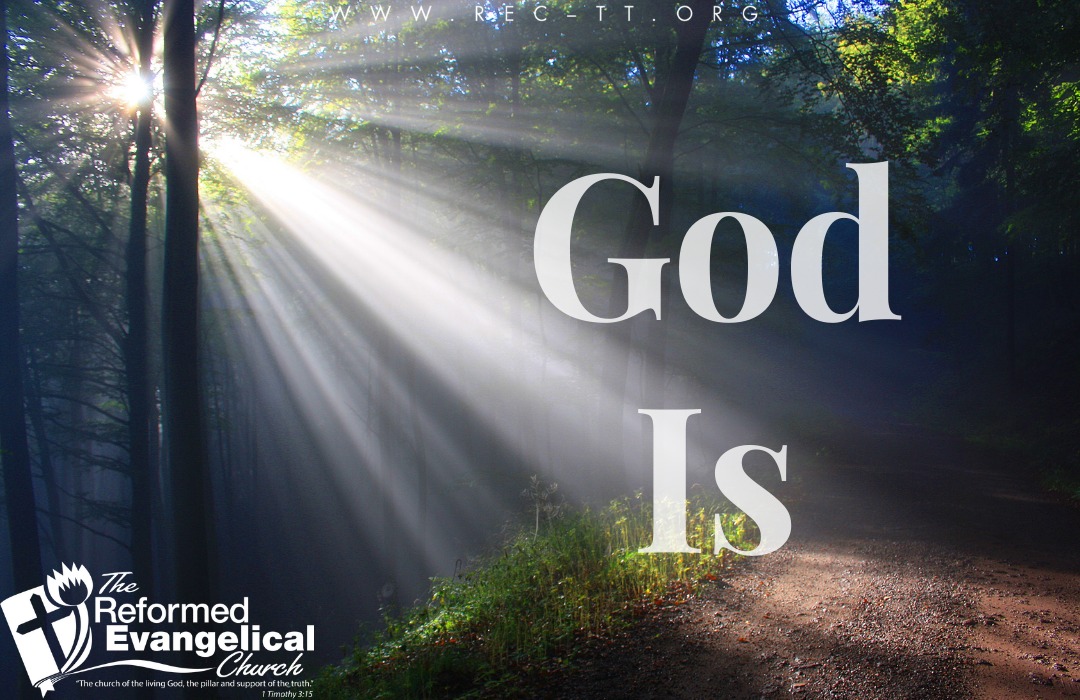 Heb.11:6  says,  “And without faith it is impossible to please Him, for he who comes to God must believe that He is and that He is a rewarder of those who seek Him.”  God is.  God exists.  The writer to the Hebrews is not speaking about just any god. He is speaking about the God who revealed Himself to the fathers (Israel’s ancestors) through the prophets.  He is speaking about the God who has revealed Himself in these last days in His Son, the Lord Jesus Christ.  (Heb.1:1-2).

It must be noted that the Bible does not seek to prove the existence of God.  The Bible simply declares that God is – “In the beginning God!”  This eternal God revealed Himself as the Creator.  Gen.1:1  says,  “In the beginning God created the heavens and the earth.”  The Bible emphatically teaches that God is the special Creator of the heavens and the earth and all they contain. In the Bible God is called  “Creator”  seven times.  The word  “creation”  is used with reference to God approximately 14 times.  And the verb  “create”  is used with reference to God approximately 47 times.  It is indeed strange that there are those who dispute the fact that the Bible teaches special Divine creation, that God created.

Do you believe in God?  Which God?  What is His name?  The Bible makes the bold uncompromising claim that there is only one true and living God, the LORD (Yahweh).  This one true and living God exists as a Tri-unity.  He is one God in three persons  : the Father, the Son (Jesus), and the Holy Spirit.  He is not three gods.  He is one God!  Deut.6:4  says,  “Hear, O Israel!  The LORD is our God, the LORD is one.”  1Cor.8:4  says,  “there is no God but one.”  Can we fully explain the doctrine of the Tri-unity of God to anyone’s satisfaction? NO!  The Bible has shrouded this doctrine in mystery.  Man can come to know and understand this infinite Triune God only in a finite and limited way.  The truth is, we can only come to know and understand the infinite Triune God in His many attributes in a finite and limited way.  Only the infinite Triune God can fully know and understand the infinite Triune God.  (cf. 1Cor.2:11).