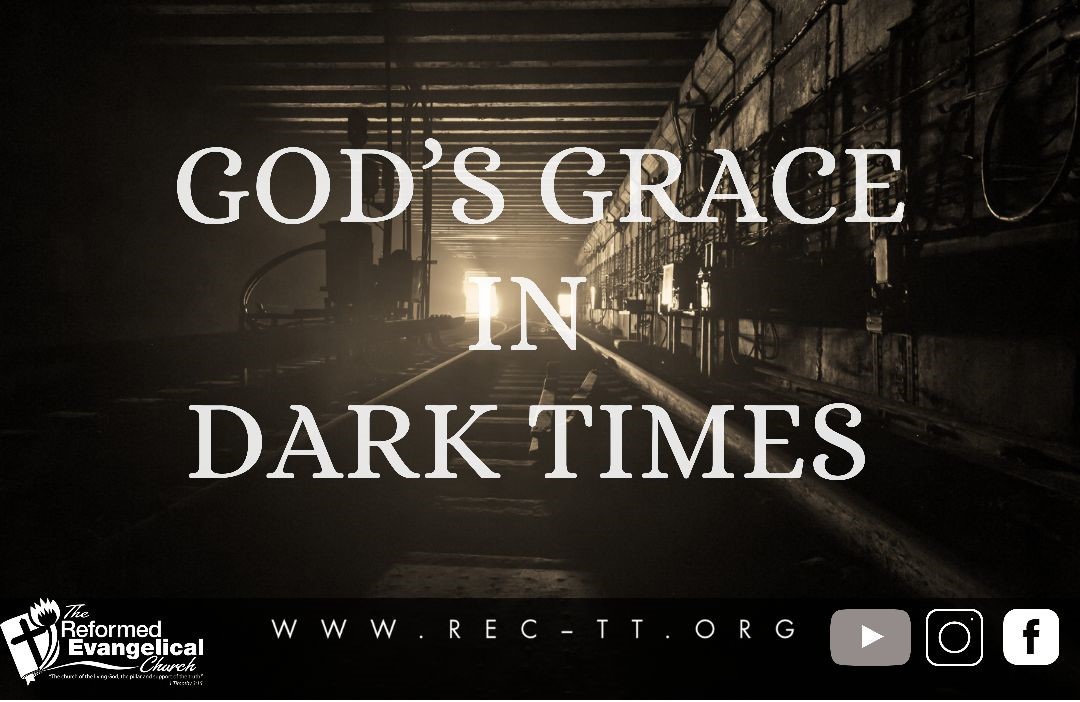 Many people who have come to know Jesus Christ as Savior and Lord often wonder what is God’s will for them. The Bible teaches that His will for our lives includes having an attitude of thanksgiving. “Be thankful in all circumstances, for this is God’s will for you who belong to Christ Jesus” (1 Thessalonians 5:18, NLT – New Living Translation). “All circumstances” include the good and the bad. It is easy to rejoice and be thankful when the Lord leads us “beside peaceful streams” (Psalm 23:2, NLT). But should we be thankful also when we have to “walk through the darkest valley”? (Psalm 23:4, NLT).

Today, some confess to feeling like they are in the midst of their darkest valley. They live in fear of contracting the COVID-19 virus while having to adjust to lockdowns, temporary unemployment, home-schooling of children, and physical isolation from family and friends. Medical experts are speaking of a mental health pandemic that is running parallel to the COVID-19 pandemic. Initially, there was hope that the slowdown in the pace of life would be good for the planet and that the development of vaccines would eventually return life to near normal. However, more than a year later some have given up hope. There are reports of increased anxiety and depression over this lingering pandemic. And let’s not forget the various natural disasters that are making spectacular headlines these days. Widespread floods have been reported in diverse places as Europe, China, and Nigeria. On the opposite side of the globe, people are facing scorching temperatures and massive forest fires on the west coast of North America. Scientists are blaming these disasters on climate change. But, without a doubt, this is a peculiar time of divine judgement in the Earth. How do we give thanks in these circumstances?

For starters, we can assert that anyone who does not know the only true and living God is in real danger of succumbing to the pressure of these times. The futility of an ungodly life is aptly described thus: “They are like the worthless chaff, scattered by the wind” (Psalm 1:4, NLT). This could explain the increased depression in the world. Positive thinking doesn’t really work in the way it is glamorously advertised. What the ungodly really need is a “hope that is a strong and trustworthy anchor for our souls” (Hebrews 6:19, NLT). But, instead of turning to God with repentance, we see the world seeking deliverance from God’s judgement through its own strength. People are putting their hope in a vaccine to survive the pandemic and they think it’s possible to control climate change by simply reducing carbon emissions into the atmosphere. In both cases, the “science” being followed appears to be highly questionable.

On the other hand, our God is a Rock, a Fortress, and a Savior to those who love Him (Psalm 18:1-2). It is not that those who serve the sovereign God are immune to occasional depression. The difference is that we are able to thank God in every circumstance because we know He is in complete control. Further, we know that there is no circumstance that can separate us from the love of God that is in Jesus Christ (Romans 8:35-39). King David knew how it felt to walk through the darkest valley. And yet, he could say, “I will not be afraid, for You are close beside me” (Psalm 23:4, NLT). God’s grace can shine through our darkest valley if we trust in Him.

The period of the Judges was a very dark time in the history of Israel. It began after the death of Joshua and lasted until Saul was crowned the first king of Israel, a period of about three to four centuries. During this time, the people repeatedly went through a clear pattern of rebellion toward God, followed by severe judgement, then a cry for deliverance, and finally God would graciously raise up a deliverer (a Judge) to ease their suffering. The events in the Book of Ruth are located within this period. Some literary critics have described this Old Testament book as one of the most beautiful short stories ever written. Like a diamond that sparkles against a black velvet background, God’s grace and His providence shone brilliantly against the darkness of that time.

The Book of Ruth opens with a famine in Judah, which has caused Naomi and her family to leave Bethlehem to seek sustenance in the land of Moab (Ruth 1:1). A decade later, Naomi was the only survivor from that family of migrants, as her husband and two sons were already dead in Moab. We know that this particular famine in Judah was a judgement from God, after reading, “Naomi heard in Moab that the Lord had blessed His people in Judah by giving them good crops again” (Ruth 1:6, NLT). We are not given specific details of this turn of events but it appears that the people of Judah would have gone through the familiar cycle of apostasy, suffering, repentance, and deliverance (God’s blessing).

However, having lost everything in Moab, Naomi decided to return home. Ruth, her Moabite daughter-in-law accompanied her with this solemn vow: “Wherever you go, I will go; wherever you live, I will live. Your people will be my people, and your God will be my God” (Ruth 1:16, NLT). The remainder of this short book is a remarkable account of how God providentially honored Ruth’s pledge and restored Naomi’s stocks from abject emptiness to complete fullness. In God’s providence, Ruth got married to Boaz, a distant kinsman of her dead husband. She gave birth to a son, Obed, who became the grandfather of David, the great king of Israel (Ruth 4:17). But more importantly, this humble Gentile woman became an ancestor of the blessed Messiah, Jesus! (Matthew 1:5; 16)

The root cause of Israel’s apostasy and suffering is revealed in Judges 2:10. After Joshua’s generation had died, another generation arose “who did not acknowledge the Lord or remember the mighty things He had done for Israel” (NLT). The Israelites had failed to pass on the commands of Moses to their children. Specifically, they disobeyed God’s command in Deuteronomy 6:6-7 (NLT), “And you must commit yourselves wholeheartedly to these commands that I am giving you today. Repeat them again and again to your children. Talk about them again and again to your children. Talk about them when you are at home and when you are on the road, when you are going to bed and when you are getting up”. This should serve as a warning today for all nations, churches and individual households. It’s amazing how quickly a generation can decline spiritually. In my own lifetime, I have witnessed the abominable sins of abortion and homosexuality being transformed from shameful to acceptable, even to being celebrated in the streets.

As a descendant of Moab, Ruth would have been excluded from worshipping God. The Law had stated, “No Ammonite or Moabite or any of their descendants for ten generations may be admitted to the assembly of the Lord” (Deuteronomy 23:3, NLT). God had issued this decree through Moses because of the hostility of these two nations toward the Israelites when they came out of Egypt (Deuteronomy 23:4). But the grace of God found a way for the faithful Ruth. God is faithful to keep His covenant with His people, even when our trials cause us to doubt. “If we are unfaithful, He remains faithful, for He cannot deny Himself” (2 Timothy 2:13, NLT). Therefore, even in the dark times, we can still be thankful.

“Don’t worry about anything; instead, pray about everything. Tell God what you need, and thank Him for all He has done” (Philippians 4:6, NLT).