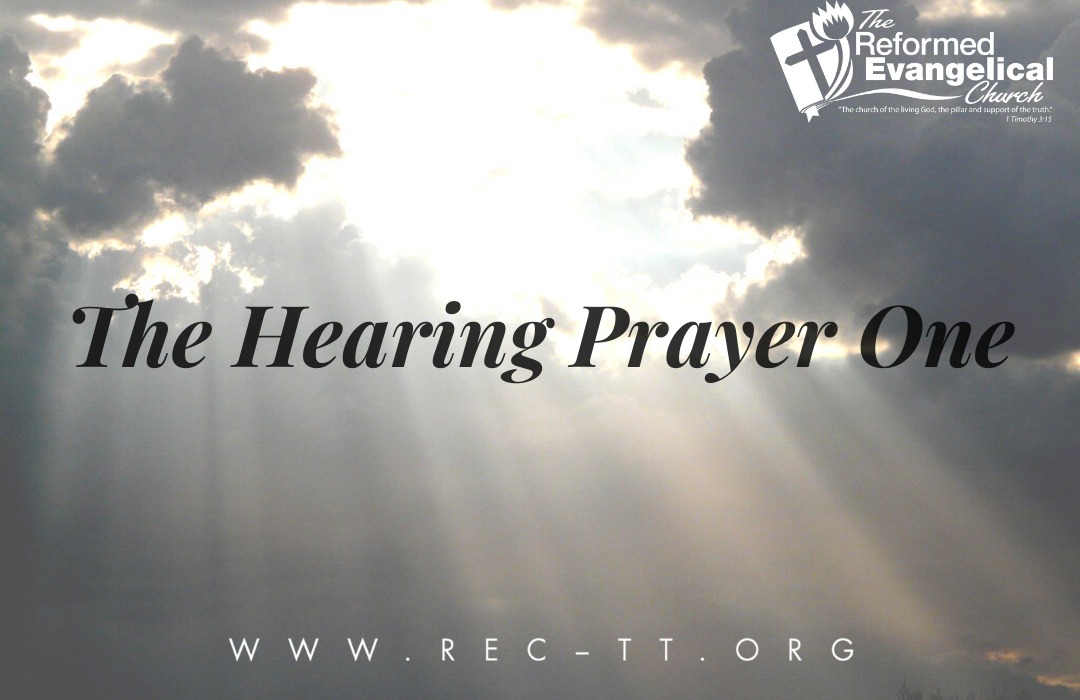 The opening lines in this psalm begins with “To You”.  The LXX (Septuagint or Greek OT) translated  “praise is due”  as  “praise is fitting or proper.”  Why is it fitting to praise God?

Firstly, praise is fitting because God is the hearing-prayer-One.  Vs.2  says,  “O You who hear prayer,  To You all men come.”  The verb  “hear”  is a participle and we may translate as follows,  “O You, the continually hearing prayer One.”  That God continually hears prayers is one of His attributes.  The idea also contained in the statement is that God answers prayer.

Secondly, praise is fitting because God hears our prayers and forgives our sins.  Vs.3  says,  “Iniquities prevail against me;  As for our transgressions, You forgive them.”  The psalmist acknowledged his sinfulness.  He said that his sins proved too strong for him and overwhelmed him.  But then he acknowledged God’s gracious forgiveness.  His sinfulness has made him undeserving of God’s willingness to hear his prayer.  But he is full of praise that God has condescended (humbled Himself) to hear his prayers and forgive him.  Psa.113:5-6  says,  “Who is like the Lord our God, Who is enthroned on high, Who humbles Himself to behold the things that are in heaven and in the earth.”

Thirdly, praise is fitting because of God’s sovereign and gracious choice.  Vs.4  says,  “How blessed is the one whom You choose and bring near to You,  To dwell in Your courts.”  In this verse the psalmist moved from the  “all”  in  vs.2  to the particular,  “the one”.  The Lord hears particularly the prayers of those whom He has chosen and whom He has brought near to enjoy His presence.

J.J. Stewart Perowne commented on vss.1-4 as follows,  “In Zion God is known, there He is praised and worshiped.  He is the hearer of prayer; that is His very character, and therefore all flesh comes to Him.  All who feel their weakness, all who need help and grace, seek it at His hand.  It is true that they who thus come, come with the burden of sin upon them; their iniquities rise up in all their strength and might, and would thrust them away from the presence of the Holy One.  But He Himself, in the abundance of His mercy, covers those iniquities, will not look upon them, and so encourages sinners to approach Him.  And how blessed are they who, reconciled and pardoned, are thus encouraged to draw near.  Of that blessedness may we ourselves be partakers, may we be filled and satisfied therewith.”

I want to suggest that the N.T. illustration of this Psalm is  Lk.18:13,  “But the tax collector, standing some distance away, was even unwilling to lift up his eyes to heaven, but was beating his breast, saying, ‘God, be merciful to me, the sinner!’  Jesus said God forgave him.

The last example I want to set before you is found in  Acts 12.  Herod has murdered James and arrested Peter with plans to execute him.  Vs.5  says,  “So Peter was kept in prison, but prayer for him was being made fervently by the church to God.”  And God answered and rescued Peter from prison and certain death.

What prayers have God answered in your life over the years?  God is the hearing-prayer-One to Whom praise is due or for Whom praise is fitting.  Take a moment to praise God for answering your prayers, for forgiving your sins, and for choosing you in Christ.