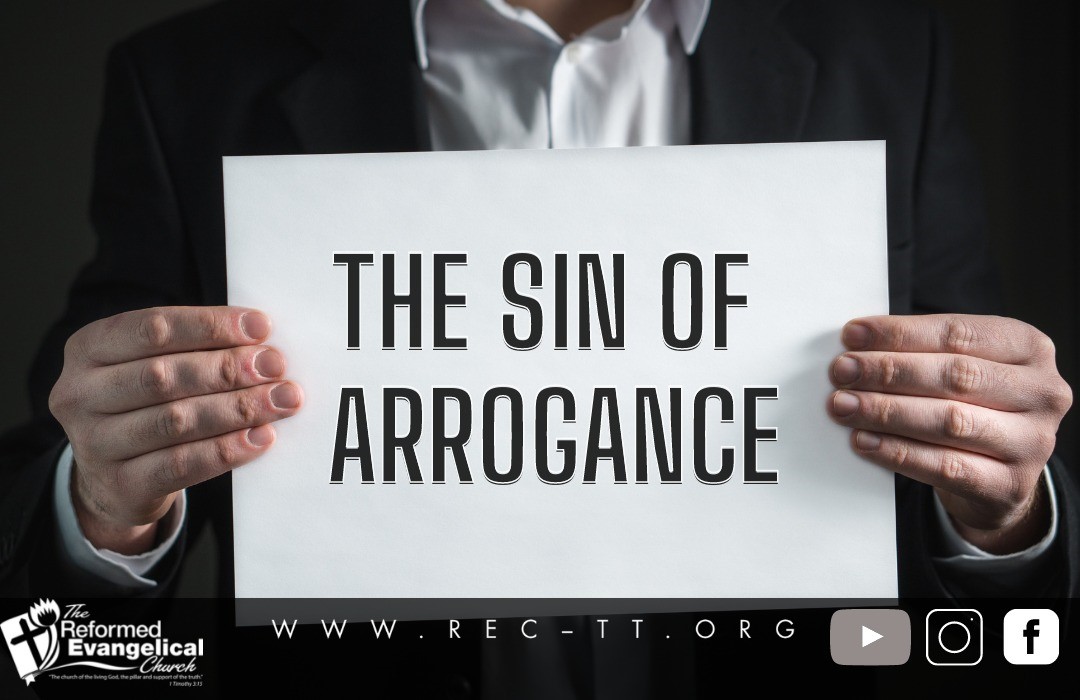 “The LORD detests the proud; they will surely be punished” (Proverbs 16:5, NLT – New Living Translation). Arrogance is an attitude of pride combined with contempt for the laws of God and other people. It is the opposite of humility. The history of the world is littered with examples of great nations and individuals who have faced God’s terrifying judgement because of their arrogance. And yet, people have not generally learnt from these spectacular examples of history. In fact, the Apostle Paul warned Timothy that in the “last days” there will be an escalation of such behavior. “For people will love only themselves and their money. They will be boastful and proud, scoffing at God…” (2 Timothy 3:1-2, NLT).

The English journalist and poet, Rudyard Kipling, wrote his famous poem, Recessional, in the form of an urgent prayer for his country. Many people may be familiar with the lines of the poem that are often associated with remembrance of the great wars of the 20th century: “Lord God of Hosts, be with us yet, lest we forget – lest we forget!” However, the poem was actually written as far back as 1897 to commemorate Queen Victoria’s Diamond (60th) Jubilee. At that time, the British Empire was sitting proud, spread over approximately one-quarter of the globe, including the Caribbean.

Kipling was born in India, which was an important part of the British Empire in the 19th century. He would have been aware of the corrupt excesses of British rule in India. For example, the powerful East India Company was established as a trading corporation to extract the wealth of India and transfer it to England. In time, this corporation grew into a mean sovereign power, equipped with its own army. It played a major role in getting China hooked on opium and was also involved in the international slave trade. The song, Rule, Britannia! was meant to be a patriotic anthem but it eventually devolved into a statement of British hubris towards its imperial challengers and the peoples of its many colonies.

In his poem, Kipling showed great concern that an arrogant England had lost the fear of God and was going down the path of destruction that other great nations had trod before. In the third stanza, he wrote this lament: “Lo, all our pomp of yesterday is one with Nineveh and Tyre! Judge of the nations, spare us yet, lest we forget – lest we forget!”

Bible students would be familiar with the record of God’s awesome judgements on the ancient city-states of Nineveh and Tyre. In both instances, God announced His condemnation of these great cities with this fearful statement: “I am your Enemy” (Nahum 2:13; Ezekiel 26:3). Nineveh was condemned for its pride and cruelty toward the nations it had conquered (Nahum 3:7). Evidence of their brutal military tactics can be seen in stone reliefs that are displayed in the British Museum today. These exhibits were taken from the king’s palace in Nineveh. Tyre was also condemned for its pride and for its rejoicing at the fall of Jerusalem (Ezekiel 26:2-5).

Nineveh is a classic example of God’s compassion and judgement. The city was located in modern-day Iraq.  It is described several times in the Bible, even by God, as a “great city” (Jonah 1:2). Its greatness was in its size and power. Nineveh was the capital of the ancient Assyrian empire in the seventh century BC, in the days of the Prophet Jonah. But there was a big problem in Nineveh. Its inhabitants were found to be wicked in the sight of God (Jonah 1:2). So, God commanded the Prophet Jonah to preach judgement on the city.

Most people are familiar with Jonah’s futile attempt to flee from God to avoid delivering that message. However, God graciously gave the Prophet a second chance to deliver the message (Jonah 3:1-2). This time Jonah obeyed and entered the city, announcing: “Forty days from now Nineveh will be destroyed!” (Jonah 3:4, NLT). The term translated “destroyed” is the same used to describe God’s judgement on the ancient depraved cities of Sodom and Gomorrah (Genesis 19:25). The result of Jonah’s preaching was a sincere and widespread repentance in Nineveh: “…from the greatest to the least, they declared a fast and put on burlap to show their sorrow” (Jonah 3:5, NLT).

“When God saw what they had done and how they had put a stop to their evil ways, He changed His mind and did not carry out the destruction He had threatened” (Jonah 3:10, NLT). This shows the compassionate heart of God. It is important to note the sincerity of the Ninevites’ repentance. Only God can see the heart of man and only sincere repentance is acceptable to Him.

Nevertheless, approximately 100 years later, the Assyrians had turned back to their wicked ways. They had conquered the northern kingdom of Israel and were terrorizing the southern kingdom of Judah. The arrogant Assyrian king, Sennacherib, laid siege to Jerusalem and dared to taunt the name of the only true God (2 Kings Chaps 17-19). This time, God raised up the Prophet Nahum to preach judgement on Nineveh. “The Lord is slow to get angry, but His power is great, and He never lets the guilty go unpunished” (Nahum 1:3, NLT). Commenting on the destruction of Nineveh, the Swindoll Study Bible notes: “So complete and effective was the judgement of God on Nineveh that the existence of the city disappeared for ages. In fact, there was a period of time when critics doubted there ever had been a Nineveh. It was not until 1845 AD that two Englishmen on a dig began to discover the remains of the massive city of Nineveh. When God does His work, it is thorough.”

But all of this information would be mere interesting history if it did not lead us into self-examination. One of the great benefits of studying history is that we can learn from the mistakes of others who came before us. It also puts a greater responsibility upon us not to repeat the same mistakes. The worst form of arrogance that anyone can show is to reject the gospel of God’s grace in Jesus Christ. This gospel was proclaimed by the Lord Jesus Christ, who was the greatest Preacher of the doctrine of hell. His command to everyone is: “Repent of your sins and believe the Good News!” (Mark 1:15, NLT). However, many in Israel hardened their hearts and rejected Christ and His message. The Lord Jesus warned them, “The people of Nineveh will stand up against this generation on judgement day and condemn it, for they repented of their sins at the preaching of Jonah. Now Someone greater than Jonah is here – but you refuse to repent” (Matthew 12:41, NLT).

Therefore, we are all faced with this Biblical question: “So what makes us think we can escape if we ignore this great salvation that was first announced by the Lord Jesus Himself and then delivered to us by those who heard Him speak?” (Hebrews 2:3, NLT). May God help us to ponder this question and obey the gospel – lest we forget!