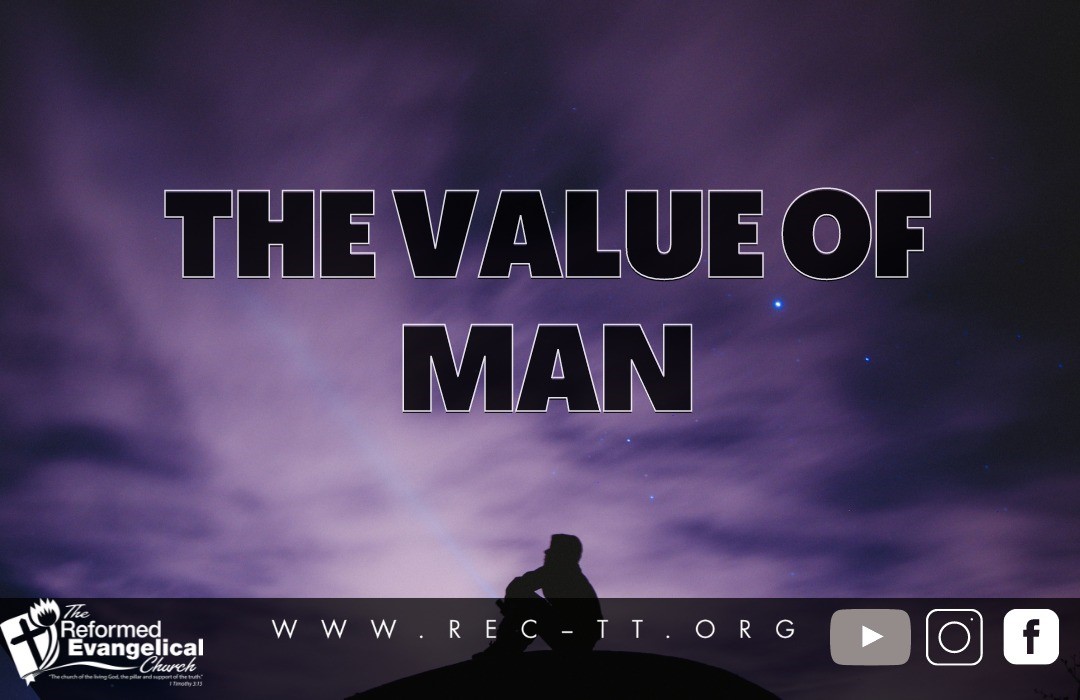 It is common to hear the pop news reporting on the net worth of celebrities. Apparently, this is important information for those fans who follow the lives of famous people. Not so long ago, we used to hear of millionaires. But now, you have to be a billionaire to be noticed. In simple financial terms, net worth is what you own minus what you owe. That’s how the world assesses your value. It is a totally materialistic evaluation. But the Lord Jesus had a radically different view of the value of man. Addressing a crowd on the sin of greed, Jesus said: “Life is not measured by how much you own” (Luke 12:15, NLT – New Living Translation).

Greed, or covetousness, is equivalent to idolatry because it involves worshiping the things of this world (Colossians 3:5). The Greek word that is translated greed in Luke 12:15 literally means, a desire to have more. Many who desire to be rich become ensnared in this trap of idolatry. Sometimes, they may even admit that they are never satisfied with whatever riches they accumulate. They want to get more – often by any means necessary. In its comments on this Biblical topic, the Swindoll Study Bible states: “Greed is the enemy of contentment. We’re bred by a greedy society. Everything is about getting more.”

In order to illustrate the extreme danger of lusting after riches, the Lord Jesus immediately reinforced His teaching on greed with a parable about a rich farmer (Luke 12:16-21). This man foolishly thought that he could find happiness in his abundant wealth, apart from God. Instead of recognizing the blessing of God in his rich harvest, he resolved to store up as much wealth as possible for himself. His inward thoughts were: “Now take it easy! Eat, drink, and be merry!” (v. 19, NLT). God rebuked the man severely for his greed and selfishness. Sadly, the man died that very night. The Lord Jesus concluded the parable with these solemn words: “Yes, a person is a fool to store up earthly wealth but not have a rich relationship with God” (v. 21, NLT). True contentment is found only in the knowledge of God.

It is helpful to remember the context in which The Lord Jesus told this parable of the rich but foolish farmer. Our Lord and His disciples were making their way to Jerusalem and the crowds were pressing in on them along the way. Someone in the crowd had shouted out to the Lord Jesus to intervene in a property dispute between two siblings. Our Lord refused to get involved but warned the crowd to guard against every kind of greed (Luke 12:13). He then addressed the parable to the crowd. At the end of the parable, we read: “Then, turning to His disciples, Jesus said, ‘That is why I tell you not to worry about everyday life’ ” (Luke 12:22, NLT). This was the Supreme Rabbi specifically teaching His followers in more detail and apart from the crowd. He was assuring His disciples that God would take care of their basic, daily needs. He gave them real examples of God’s care for the rest of His creation – the birds (ravens) are fed and the flowers (lilies) are dressed beautifully (Luke 12:24-28). God says that His people are “far more valuable to Him” (Luke 12:24, NLT) than anything else in creation.

So far, we have established from the authoritative teaching of the Lord Jesus that the value of a human being is not defined by his/her material possessions. In this regard, there is no essential difference between the homeless person and the billionaire in the sight of God. But we also learnt that God sees incalculable value in the child of God. On another occasion, the Lord Jesus posed this heart-searching question to His disciples: “Is anything worth more than your soul?” (Matthew 16:26, NLT). It was a rhetorical question that was asked to emphasize an important teaching rather than to seek an answer. Jesus said that there is no benefit in gaining the whole world and losing your own soul (v. 26) because there is no salvation in material things. Therefore, He said, we need to get our priorities right: “Seek the kingdom of God above all else, and He will give you everything you need” (Luke 12:31, NLT).

What is the specific component in the soul of man that contributes this great intrinsic value? When King David looked up to the brilliant night sky and contemplated the creative excellence of God, he was moved to meditate on the following important question that many people, and even angels, have pondered: “What are mere mortals that You should think about them? (Psalm 8:4, NLT). David repeated this question on two other occasions, which indicates that he was a man who was greatly humbled by God’s grace. He worshiped God for His grace toward himself in particular (the Davidic covenant, 2 Samuel 7:18-19) and also toward mankind in general (Psalm 144:3).

David’s question can be considered in its two parts. Firstly, what is man? In comparison to the massive and complex cosmos, mankind appears to be a mere fleeting speck. Man is described in the Bible as “a breath of air” whose days are like “a passing shadow” (Psalm 144:4, NLT). Secondly, in view of his seeming insignificance, why should God care for man? Why did God intervene in such an extravagant way to rescue fallen man from the bondage of sin? The Bible does not tell us why God loved us. And we may never know why – even in eternity. “The Lord our God has secrets known to no one” (Deuteronomy 29:29, NLT). All we know is that God who is rich in mercy loved us so much that He gave us life in Christ (Ephesians 2:4-5). This salvation is purely by God’s grace, so no one can boast about it (Ephesians 2:9).

Our value, dignity and significance in this world, are inextricably linked to our unique relationship to God. We were made in the image and likeness of God (Genesis 1:26). The Swindoll Study Bible, in its comments on this verse, says that the image of God is “our most basic, original calling.” It is noteworthy that this is the only reason God gave for the consequences of murder: “If anyone takes a human life, that person’s life will also be taken by human hands. For God made human beings in His own image”(Genesis 9:6, NLT). All other intellectual arguments regarding the effectiveness of capital punishment as a deterrent to murder are irrelevant to God’s just ruling. Failure to uphold this law in many parts of the world is a sure cause of God’s present judgement (see 2 Samuel 21; Deuteronomy 19:13). Those who indulge in the horrible sins of abortion and racial discrimination are also guilty of showing disdain for the image of God in man.

C.S. Lewis rightly stated in his book, The Weight Of Glory: “There are no ordinary people. You have never talked to a mere mortal”. Whether we are preaching the gospel of Christ or simply conducting our daily business, we should delicately approach everyone we meet. These people may be our family, friends, colleagues, or even strangers – each one is headed either for eternal glory or eternal damnation. God has put eternity into the heart of man (Ecclesiastes 3:11). The Apostle Paul considered the weight of this responsibility upon the Christian whenever he/she interacts with people: “Our lives are a Christ-like fragrance rising up to God. But this fragrance is perceived differently by those who are being saved and by those who are perishing” (2 Corinthians 2:15, NLT). Selah!

David praised God for making him so “wonderfully complex!” (Psalm 139:14, NLT). The ESV Bible adds a footnote to this verse with the alternative translation, “fearfully set apart”.  No other creature under heaven is invested with the communicable attributes (love, mercy, wisdom, justice, etc) of the Almighty Creator like man.  Indeed, being made in the image and likeness of God made it possible for Adam and Eve to execute the dominion mandate (Genesis 1:26). However, sin entered the world through the first man, Adam. The human race became spiritually dead and the image of God in man became distorted ever since. History has shown that man completely failed to execute the dominion mandate.

It is only in Christ that we have life and have the image of God restored in us (Romans 8:29). “Christ is the visible image of the invisible God” (Colossians 1:15, NLT). “Just as we are now like the earthly man, we will someday be like the heavenly Man” (1 Corinthians 15:49, NLT). On that day, we will finally attain to the chief and highest end of man – that is, to glorify God and fully enjoy Him forever. Yes, we have everything in Christ. He is the true prosperity gospel.