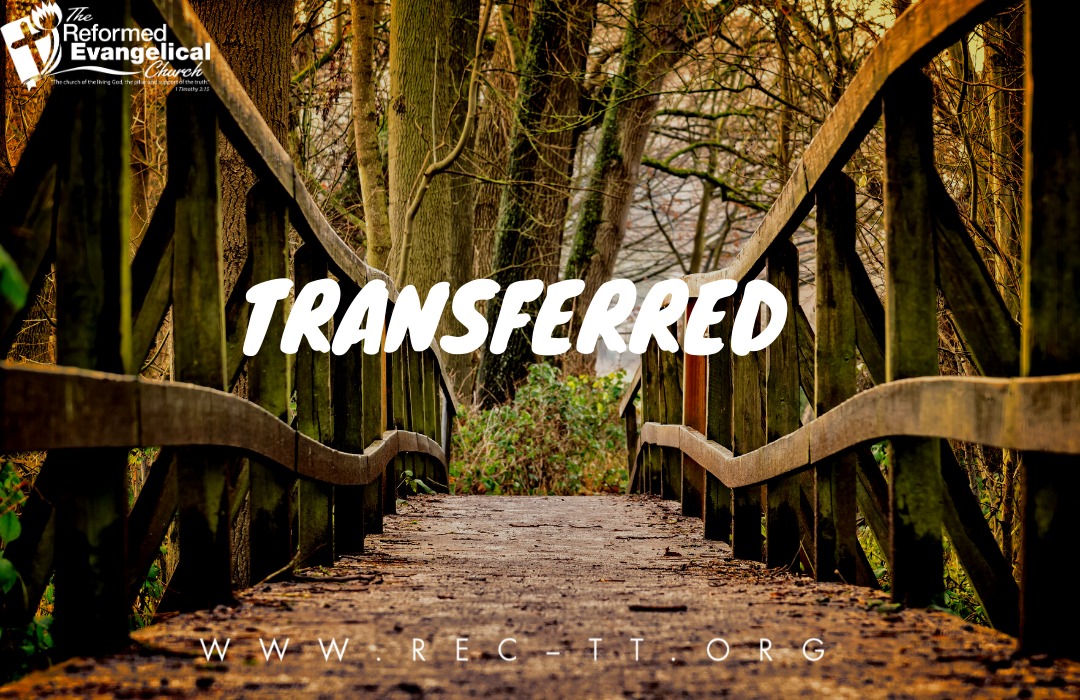 Col.1:13-14  says,  “For He rescued us from the domain of darkness, and transferred us to the kingdom of His beloved Son, in whom we have redemption, the forgiveness of sins.”  A corresponding passage is  Acts 26:18  where Paul said the Lord Jesus sent him to the Gentiles  “to open their eyes so that they may turn from darkness to light and from the dominion of Satan to God, that they may receive forgiveness of sins and an inheritance among those who have been sanctified by faith in Me.”

We live in a world in which plurality is the politically correct status quo.  Plurality in religion means that at the very basic level all religions are the same.  Their teachings may differ but eventually they all lead to God.  This God may be called by a variety of names but, we are told, He is the same God.  Religious plurality, aided and abetted by the cults and liberal theologians, conveniently ignores the true teachings of the Bible.

The word of God clearly teaches that the God who has revealed Himself to us in the Bible is the only true and living God.  In  Isa.45:5  God said,  “I am the LORD, and there is no other; Besides Me there is no God.”  Psa.96:5  says,  “All the gods of the peoples are idols.”  All other gods and goddesses are idols.  And so Paul said to the Thessalonians,  “you turned to God from idols to serve the living and true God.”  (1Thess.1’9).

There is only one way to get out of the kingdom of Satan.  That only way is the Lord Jesus Christ.  Jesus said in Jn.14:6, “I am the way, and the truth, and the life; no one comes to the Father but through Me.”  God must rescue us through Christ from the kingdom of darkness.  The basis of this rescue is the death of the Lord Jesus Christ on the cross.  The sinner is held in Satan’s power.  By His death on the cross Christ invaded the strong man’s (Satan’s) domain, bound him and plundered his domain.  (cf. Matt.12:22-29; Mk.3:22-27).

Those who are rescued by God are  “transferred”  from the domain of darkness to the kingdom of God’s beloved Son.  This kingdom is marked by the righteous reign and rule of the Son of God.  The OT picture of this is God’s defeat of Pharaoh and rescue of Israel from Pharaoh’s power.  God’s rescue of the sinner in Christ is also described as redemption in Christ, that is, the forgiveness of sins.  Sin, the breaking of God’s law, keeps you in Satan’s domain.  Sin will eventually send you to the eternal lake of fire.  Christ, by His death, paid the full penalty for your sins.  On this basis, those who repent of their sins receive the full forgiveness of their sins.  Jesus said to His disciples that  “repentance for forgiveness of sins” must be preached in His name to all the nations. (Lk.24:47).  Forgiveness of sins unto salvation in Christ is not partial.  Col.2:13  says,  “having forgiven us ALL our transgressions.”

I turn your attention to another passage that that deals with this “transfer”.  In  Jn.5:24  Jesus said,  “Truly, truly, I say to you, he who hears My word, and believes Him who sent Me, has eternal life, and does not come into judgment, but has passed out of death into life.”  Note the following.  Firstly,  “truly, truly”,  is literally  “Amen, Amen”  and means  “I tell you the solemn truth.”  So pay very careful attention.

Secondly, those who believe in Jesus receive eternal life or salvation.  Who is Jesus?  He is the eternal Son of God who became Man, the second person in the Triune God-Head, and the only Lord and Savior of sinners.  We cannot call Jesus our Lord and Savior unless we are obeying Him.  Jesus said,  “Why do you call Me, ‘Lord, Lord’, and do not obey what I say?” (Lk.6:46).  The grand proof that you have believed in Jesus as Lord and Savior is that you will live a life of obeying Jesus.  Ponder carefully these words in  1Jn.2:3-4,  “By this we know that we have come to know Him  (that is, that we are saved), if we keep His commandments. 4 The one who says, “I have come to know Him  (that is, that I am saved),” and does not keep His commandments, is a liar, and the truth is not in him.”

Thirdly, those who have received eternal life  “does not come into judgment.”  This judgment is the final judgment of all sinners, that is, all those who do not have salvation in Christ.  Fourthly, those who have received eternal life have  “passed out of death into life.”  The verb  “passed”  means to go from one place to another or to move one’s living quarters from one place to another.  The verb  “passed”  is perfect tense and that means the move made is permanent.  There is no going back. Consider the following illustration.

Picture death and life as two cities on the opposing banks of a very large, deep, dangerous river.  This river is filled with deadly piranhas.  There are boats transporting people from the city of death to the city of life.  A boat takes only one passenger.  If you believe in Jesus you are allowed to get into a boat.  The boatman transports you across to the city of life. You and the boatman get out of the boat and the boat is blown up.  You look around and there are no boats available for a return journey.  There is no going back to the city of death.  This is what salvation in Christ means.

Have you been transferred from the kingdom of Satan to the kingdom of God’s beloved Son?  Have you left the city of death and made the one way journey into the city of life?  If you cannot answer an emphatic  “YES”  to both questions, then prepare to meet the Lord Jesus Christ in the final judgment of all who refused to believe in Him.  (cf. Acts 17:30-31).