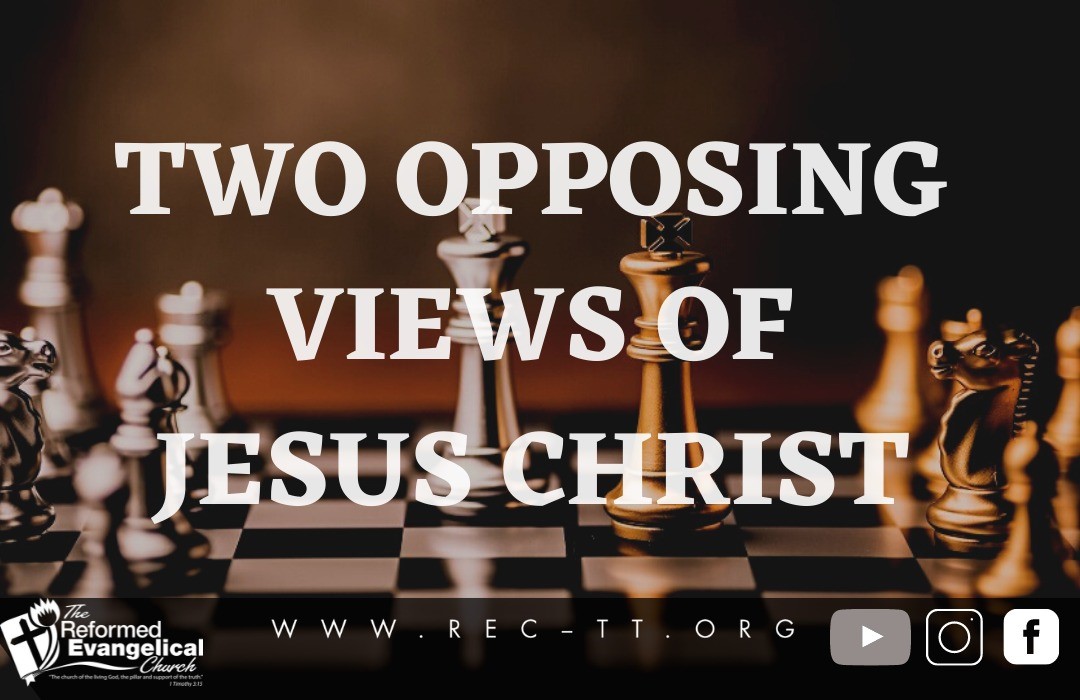 This year marks the centenary of the birth of the English theologian and writer, John Stott (1921 – 2011). Stott is best known for his book, Basic Christianity, which was rated by Christianity Today as one of the 100 best books of the twentieth century. I consider that book to be recommended reading for any new convert to the Christian Faith. Stott also wrote his apologia, Why I am A Christian, toward the end of his life. Some people believe that this short book by Stott was partly intended to be a direct rebuttal of the statements of another famous Englishman, Sir Bertrand Russell (1872 – 1970). Russell was awarded the Nobel Prize for Literature in 1950, "in recognition of his varied and significant writings in which he champions humanitarian ideals and freedom of thought”. In 1927, when Stott was a mere child, Russell wrote an essay, Why I Am Not A Christian, in which he attacked the idea of the existence of God and attempted to sully the character of the Holy Christ of God.

Russell stated that he did not believe in the divinity of Jesus and was certain that He was not the best or wisest of men. And while he was willing to grant a high degree of morality to Jesus Christ, he would rank the Buddha and Socrates above Christ in that regard. Russell was an acclaimed mathematical logician, skilled in the science of reason. I found his little book, The ABC of Relativity, to be very useful when I wanted to get a basic overview of Albert Einstein’s theories of relativity, so his insolent views on Jesus Christ got my attention. I noticed that many of the problems Russell had with the Bible and Jesus displayed a level of theological naivety that was striking.

For example, Russell admitted that he struggled with the question of “Who made God?” He thought that Jesus was inhumane because he preached the doctrine of hell so often. How could Jesus commit such a cruel act of sending demons into the Gadarenes’ pigs? Why advise someone to cut off his right hand if it offended him? And he was completely aghast that Jesus cursed a fig tree for not bearing fruit even while it was known that it was not the season for figs. Such were the insurmountable issues in the thinking of Bertrand Russell that caused him to harden his heart so that he was never able to see his own depravity and his need for the salvation that is found in none other than Jesus Christ.

I have noticed that when people approach the Word of God with arrogance and pride they tend to read the Scriptures out of context. They go astray from the narrow way so that they don’t get to see the gospel. The Apostle Paul addressed this crucial matter right at the beginning of his First Letter to the Corinthians. Paul had founded the Church at Corinth immediately after leaving Athens where he experienced firsthand the foolishness of the world’s wisdom (Acts 18:1). In his letter to the Church, Paul referred to the gospel as “the message of the cross” (1 Cor. 1:18) and noted that, “Since God in His wisdom saw to it that the world would never know Him through human wisdom, He has used our foolish preaching to save those who believe” (1 Cor. 1:21, NLT). Jesus taught His disciples that they had to be humble as children in order to enter the kingdom of heaven (Matthew 18:3-4).

When Russell’s essay was published, the western world would have been still abuzz over the outcome of The Scopes Trial in 1925. Also known as The Monkey Trial because of various sideshows with well-dressed chimpanzees, this event was dubbed “the trial of the century” due to its widespread media publicity. At that time, the enemies of God were celebrating what they thought was the triumph of science over Christian fundamentalism, referring to the famous court proceedings in which the Biblical doctrine of creation was thoroughly ridiculed, notwithstanding the false “evidence” that was offered up in support of the theory of evolution. Many of the fake exhibits (Neanderthal Man, Piltdown Man, Nebraska Man, etc) that were presented by the defence have since been discredited and quietly laid to rest by the very scientific community that previously owned them. However, you should not be surprised if they still appear in some of your children’s textbooks today.

Bertrand Russell and John Stott may be seen as book-ends of the western world’s estimation of Christianity in the turbulent twentieth century. On the one hand, Russell represented the modern surge of humanism that sought to cast aside God and his authority over all of His creation. In the words of the Prophet David, this movement took counsel together, “against the Lord and His Anointed, saying, Let us burst their bonds apart and cast away their cords from us” (Psalm 2:2-3). Russell had concluded his essay with an exhortation on “what we must do”. It included a call for humanity to look within itself and toward science for a brighter future. In so doing, Russell showed himself to be the proverbial self-made man who worshipped his own creator. The Prophet Isaiah sums up such an idolater in these terms: “The poor, deluded fool feeds on ashes. He trusts in something that can’t help him at all. Yet he cannot bring himself to ask, Is this idol that I’m holding in my hand a lie?” (Isaiah 44:20, NLT). The world largely heeded Russell’s ungodly advice and we now know that the twentieth century is on record as the bloodiest in human history.

On the other hand, Stott represented the enduring Church that is preserved by God’s grace in the most hostile conditions. The faith of God’s people may be battered in times of severe trial but, by His grace, we will always stand in awe of the character of Christ. We are saved by grace and we are also preserved by grace. In Stott’s defence of the Christian Faith, he wrote about the God who pursued him and about his belief in all that Christ said about Himself. Jesus saw Himself as being in a moral category that was separate and beyond everyone else. He saw all men as sinners. But He could forgive their sins. On two occasions (Mark 2:5 and Luke 7:48) Jesus forgave the sins of a paralyzed man and an immoral woman. His statements caused uproars on each occasion. People recognized that only God can forgive sins.

Stott noted that none of the enemies of Jesus could find any fault in Him at His public court trial. Neither the paid false witnesses, the Roman governor Pontius Pilate, nor King Herod could agree on any charge or find fault in Jesus. Even the traitor, Judas, returned the thirty pieces of silver to the priests and declared, “I have betrayed an innocent man” (Matthew 27:4). In the end, the charge that was fastened to His cross read: “This is Jesus, the King of the Jews” (Matthew 27:37). Jesus was crucified on a political charge, not a moral one.

Despite the testimony of John Stott in his last book, “Why I am a Christian”, he evidently bore the scars of the onslaught of the humanistic forces of the twentieth century. In a bizarre attempt to reconcile the Biblical doctrine of creation with the rising tide of evolutionary thought, Stott managed to concoct an advanced evolved ape, a “homo divinus” (Stott’s own phrase) from which God would have created Adam! As far as I know, Stott never recanted this error in his theology.

There is a powerful lesson for the Church today that can be drawn from this stumbling in the faith of John Stott. There will always be times when the prevailing culture appears to be overwhelming God’s people. For example, there is now increasing pressure on the Church to discard the Biblical doctrine of the gender binary (male and female, Genesis 1:27). Identifying gender fluidity as sin is now being seen in some quarters as hate speech. How should the Church react in such circumstances? Certainly not by engaging today’s culture in a discussion to find common ground. We must recognize that this is a continuation of the long war against God that began in the Garden of Eden. The Apostle Paul commanded us to, “put on every piece of God’s armor so you will be able to resist the enemy in the time of evil. Then after the battle you will still be standing firm” (Ephesians 6:13, NLT). Paul goes on to list the pieces of God’s spiritual armor.

Notice the sure promise that the Church would still be standing after the battle with the forces of evil. It is comforting to note that during the latter half of the twentieth century God raised up a cadre of militant Creation Scientists who used the tools of science truthfully to defend the Book of Genesis. Similarly, in 1978, a large gathering of Evangelicals in Chicago produced a strong statement that affirmed the infallibility and inerrancy of the Bible. In contrast, we can rejoice that many secular scientists are now openly admitting a crisis in the Darwinian theory of evolution. It cannot stand up to scientific scrutiny. Meanwhile, the true Church still stands firm!