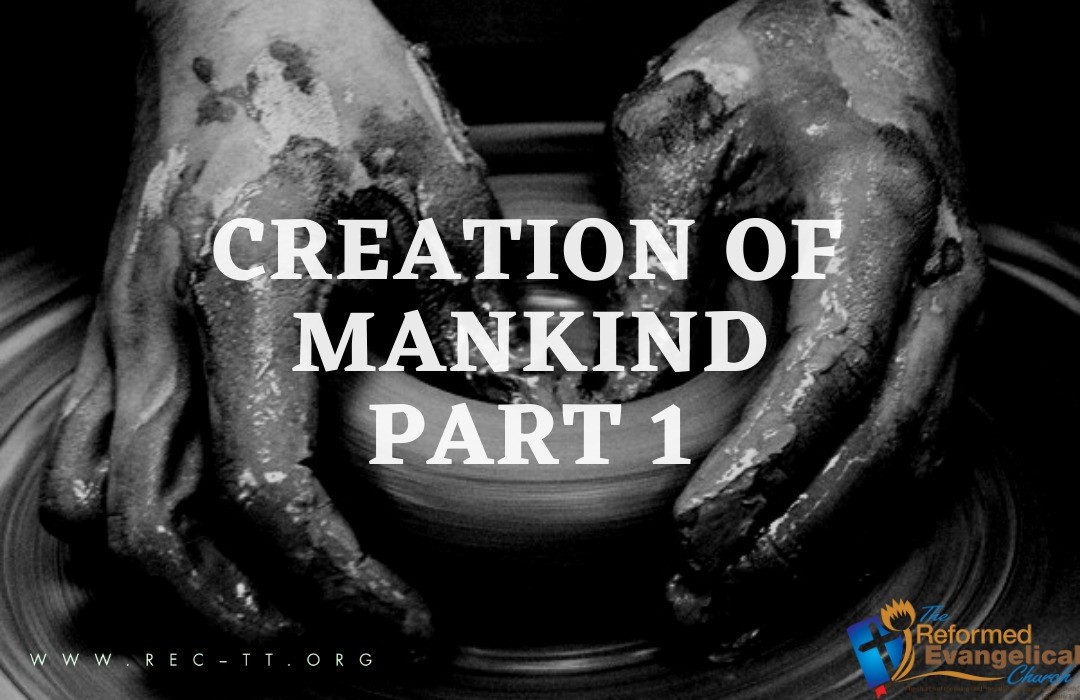 1:26 Then God said, “Let Us make man in Our image, according to Our likeness; and let them rule over the fish of the sea and over the birds of the sky and over the cattle and over all the earth, and over every creeping thing that creeps on the earth.”

1:27 God created man in His own image, in the image of God He created him; male and female He created them.

2:7 Then the Lord God formed man of dust from the ground, and breathed into his nostrils the breath of life; and man became a living being.

2:8 The Lord God planted a garden toward the east, in Eden; and there He placed the man whom He had formed.

2:9 Out of the ground the Lord God caused to grow every tree that is pleasing to the sight and good for food; the tree of life also in the midst of the garden, and the tree of the knowledge of good and evil.

2:15 Then the Lord God took the man and put him into the garden of Eden to cultivate it and keep it.

2:16 The Lord God commanded the man, saying, “From any tree of the garden you may eat freely;

2:17 but from the tree of the knowledge of good and evil you shall not eat, for in the day that you eat from it you will surely die.”

2:18 Then the Lord God said, “It is not good for the man to be alone; I will make him a helper suitable for him.”

2:19 Out of the ground the Lord God formed every beast of the field and every bird of the sky, and brought them to the man to see what he would call them; and whatever the man called a living creature, that was its name.

2:20 The man gave names to all the cattle, and to the birds of the sky, and to every beast of the field, but for Adam there was not found a helper suitable for him.

2:21 So the Lord God caused a deep sleep to fall upon the man, and he slept; then He took one of his ribs and closed up the flesh at that place.

2:22 The Lord God fashioned into a woman the rib which He had taken from the man, and brought her to the man.

“This is now bone of my bones,
And flesh of my flesh;
She shall be called Woman,
Because she was taken out of Man.”

1:28 God blessed them; and God said to them, “Be fruitful and multiply, and fill the earth, and subdue it; and rule over the fish of the sea and over the birds of the sky and over every living thing that moves on the earth.”

2:24 For this reason a man shall leave his father and his mother, and be joined to his wife; and they shall become one flesh.

1:29 Then God said, “Behold, I have given you every plant yielding seed that is on the surface of all the earth, and every tree which has fruit yielding seed; it shall be food for you;

2:25 And the man and his wife were both naked and were not ashamed.

1:31 God saw all that He had made, and behold, it was very good. And there was evening and there was morning, the sixth day.

Gen.5:1-2,  “This is the book of the generations of Adam. In the day when God created man, He made him in the likeness of God. 2 He created them male and female, and He blessed them and named them Man in the day when they were created.”

Deut.4:32,  “Indeed, ask now concerning the former days which were before you, since the day that God created man on the earth, and inquire from one end of the heavens to the other.”

Matt.19:4,  Jesus said,  “Have you not read that He who created them from the beginning made them male and female?”

Mk.10:6,  Jesus said,  “But from the beginning of creation God made them male and female.”  (It is clear that Jesus believed the Mosaic account of special creation.)

In the creation of man, we come to the crowning point in God’s creative activities.  This is made clear, firstly, by the notable shift in language and the lengthy description given for the creation of man.  Commentators tell us that vs.27 is the only portion of poetry in Gen.1. The verse should be set out as follows :

God created man in His own image,

In the image of God He created him;

Male and female He created them.

Secondly, the creation of man is the only creative act of God that is preceded by divine deliberation.  Thirdly, in God’s previous creative acts impersonal verbs are used as God said,  “Let there be”;  “Let the earth sprout”;  “Let the waters teem”;  “Let the earth bring forth”. This time God used an expression of personal determination,  “Let Us make.”  The verb tells the reader that something momentous is about to take place.  Fourthly, human life alone is created in the image of God.  Fifthly, the Hebrew verb  bara  (cf. Gen.1:1) is used three times in  vs.27  to emphasize God’s creation of the man.  Sixthly, this is the first time God used the expression,  “male and female”.  “Male and female”  would not be used of the animals and birds until  Gen.6:19,  that is, just prior to the flood.