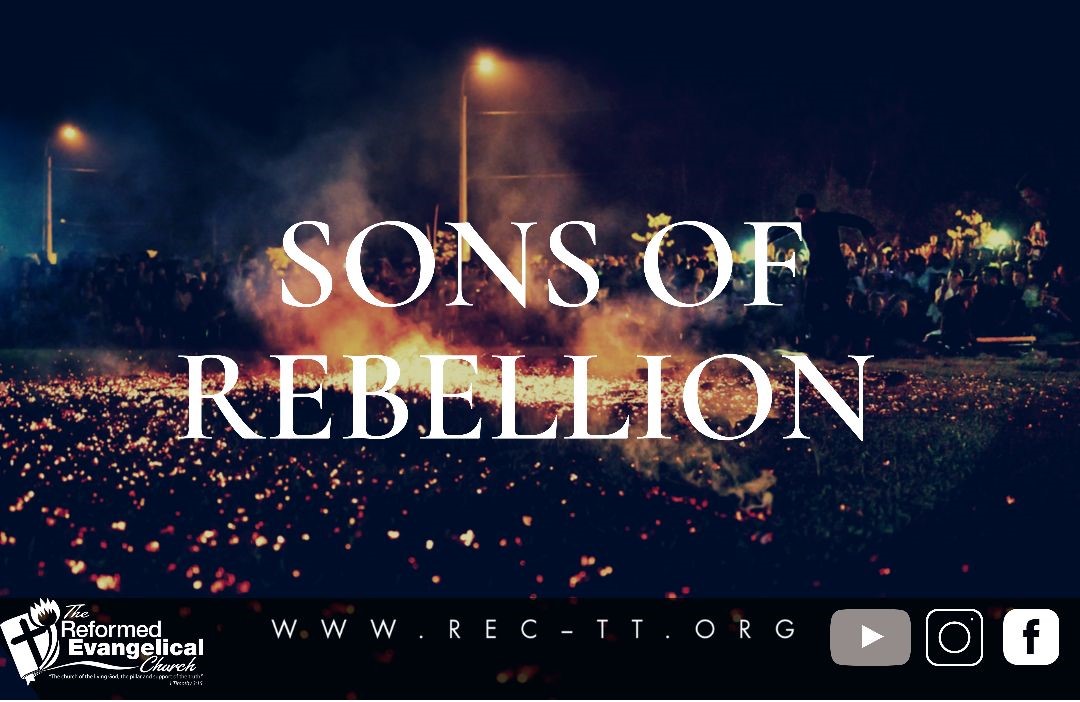 Many people have a skewed characterisation of God based on His perceived temperament in the Old and New Testaments. The Old Testament God is the fire and brimstone God, while the New Testament God is the love and forgiveness God. These are stereotypes we can apply to divide and mischaracterise God, but in the one divine Being there is justice and wrath as well as grace and mercy. One such great example of grace and mercy was Korah and his descendants.

When the people of Israel fled the land of Egypt and wandered in the wilderness for 40 years, they were a nomadic theocracy. From the 12 tribes of Israel, the Levites were chosen to be fully devoted to the tabernacle and the Ark of the Covenant with Aaron’s descendants serving as priests. From the 3 sons of Levi (Gershon, Merari and Kohath) the Gershonites were responsible for the tabernacle and the tent, its covering, the screen for the doorway of the tent of meeting, the hangings of the court, the screen for the doorway of the court, its cords and everything else pertaining to them. The Merarites’ duties were the frames of the tabernacle, its bars, pillars and sockets, the pillars around the court with their sockets and their pegs and their cords. While the Kohathites dealt with the ark, the table, the lampstand, the altars, the utensils of the sanctuary and everything else concerning them.

Unlike the Gershonites and Merarites, the Kohathites were not permitted to transport the items by cart but only on their shoulders. Furthermore, if they were to touch the items, they would die. So, they had to painstakingly wrap the items in special coverings before they could be transported. In the constant wandering of Israel in the wilderness, their duties were arduous.

One day Korah, a grandson of Kohath, along with some rebellious Reubenites, came and challenged Moses’ and Aaron’s positions as leader and priest before God. Moses told them to burn incense before the Lord and God will show who is rightly appointed by Him. When these men burned the incense before God, God told Moses to tell everyone to stay back from those families. Then God demonstrated His approval of Moses and His disapproval of Korah and his rebel friends. All the of Korah’s household was swallowed up by earth and fire came from the Lord and burnt up all the men burning incense (Numbers 16:1–40).

Korah and his family were dealt a crushing blow. Korah received harsh judgement from God and his cause was repudiated. His family, who was probably waiting in the wings to rise to prominence when daddy Korah was made leader, was not only embarrassed but received the same judgement. Korah’s name probably became a by-word for rebellion. His death typified what was worthy of an individual who sought to go against God’s righteously placed representative of His rule and reign. The Israelite children were probably catechised not to be like Korah, that horrible man, but to obey God and His appointed leaders. Any disaffection with a judge, prophet or king was probably met with the warning, “don’t be like Korah.” Korah had a sullied name, and his progeny were supposed to be cut off from existence in Israel.

However, God in His mercy allowed that not every son of Korah died on that awesome day. Numbers 26:11 tells us some sons of Korah survived probably because of their youth and not joining in their father’s rebellion. In an honour culture like Israel, they grew up knowing that they were sons of rebellion against God. It was an indelible mark that none of them could remove by themselves. But out of their line flowed Samuel, a prophet who ushered in the divine kingdom of the House of David (1 Chronicles 6:31–38). In addition, they were restored to some responsibilities for the tabernacle and temple.  They also fought alongside David and earned a reputation as being good warriors (1 Chronicles 9:19–21, 1 Chronicles 12:6).

Most importantly, the Sons of Korah wrote several psalms in the Book of Psalms. These descendants of Korah, a man who rebelled against his role in the tabernacle, had sons who wrote:

So out of such ignoble beginnings, the Sons of Korah now rejoice in their role in the temple worship and can possibly look back and be amazed at where God brought their family line. We all cannot look down our noses at Korah. We too have all rebelled against God. God has sovereign rule over our lives, but we have lived in rebellion to His law etched on our hearts and enlightened by our consciences. Jesus said that those who do the works of the Father love the Father and those who do the works of the Devil, have him as their father. We deserve more than the wrath and punishment Korah received. However, God can show us mercy, not just to our generations down the road, but now. He has shown us mercy in His Son, who has taken the wrath we deserved and can give us His holy life He lived as a man. Through repentance and faith, we can be like the sons of Korah, once known for rebellion, but now submissive and guiltless before God and dwelling in His house.