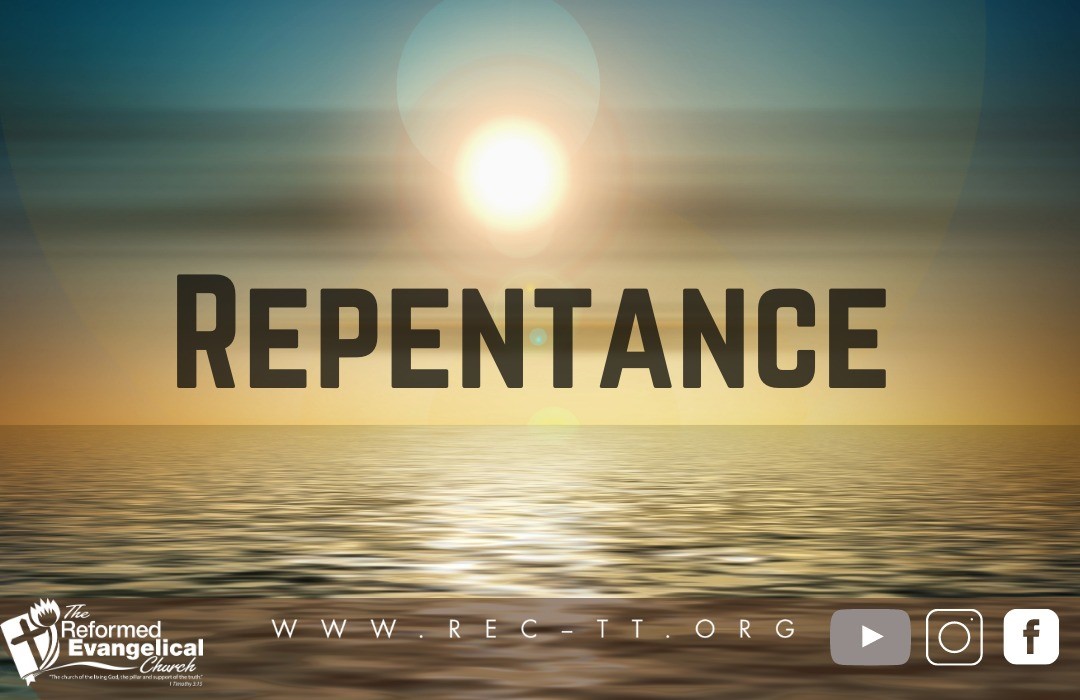 I know you have seen him, the man in the public square or on the street corner with a Bible in one hand and a microphone in the other. I am also sure that if you ever came across him, you would have heard him shouting almost with all his might “repent!” As you pass by, trying your best not to look, you make every effort to avoid his glance lest he calls you to repent in public. “How embarrassing?” you say to yourself. Nevertheless, as typical as this scenario is, you still cringe every time a preacher calls you to ‘repent’. In this article, I want to answer two simple questions. Firstly, what is repentance? And secondly, why do you hate repentance so much?

Firstly, what is repentance? The noun repentance comes from the verb repent. In the New Testament, our English verb ‘repent’ comes from the Greek verb μετανοέω (metanoeō), which simply means to change one’s mind. The Reformation Study Bible gives a helpful comment to our definition noting that, “this change of mind is not a mere switching of minor opinions, but of the entire direction of one’s life. It involves a radical turning from sin and to Christ.[1]” In other words, repentance is a change of mind that involves a complete change in the direction of one’s life.

Repentance is not limited to but does include deep remorse over sin. This deep remorse must lead to an about-turn toward the Saviour in faith. If it does not, then that deep remorse over sin is not true repentance. A classic example of this would be Judas, he was remorseful over his betrayal of Jesus, but he never repented. Judas never looked to God for forgiveness, but he kept on sinning to the very end (Matt 27:3-5).  In short, to repent is to turn away from a self-centred life of sin and to turn toward the only Saviour of sinners, the Lord Jesus Christ, for salvation.

Thirdly, when Jesus “summoned the twelve and began to send them out in pairs, and gave them authority over the unclean spirits” (Mark 6:7). The Bible tells us that “they went out and preached that men should repent” (Mark. 6:12).

Fourthly and lastly, Jesus’s appointed messengers in the early church throughout the New Testament called on men to repent. The Bible makes it absolutely clear that God has fixed a day in which He will judge the world in righteousness. Man’s only hope of escaping judgement is in Christ Jesus, and so God calls men everywhere to repent (Acts 2:38; Acts 17:30-31).

If this is the clear testimony of God’s word, why are so many refusing to preach repentance in their churches today? Maybe we can address that topic another time but for now, let us answer our second central question.

Why Do You Hate Repentance So Much?

As we have seen, the call to repentance is all over the New Testament (we have not even looked at any Old Testament examples). Repentance is God’s will for men. So why does the very word repentance and the command to ‘repent’ cause you to boil with anger? The short and straight answer is because you are a sinner. For like the psalmist David as a son or daughter of Adam, you too were brought forth in iniquity and conceived in sin (Psalm 51:5).

Therefore, the inclinations and thoughts of your heart is toward evil continually (Gen 6:5). Your refusal to obey God and repent proves what God has known all along, that you are a sinner who loves your sin, and you need repentance. You are actively hostile toward God and toward His commands (Romans 8:7). For this reason, you hate being called by God to repentance.

Yet God’s truth remains. Your hatred and rejection of God’s law do not make you any less accountable to Him. Unless you obey His command to you to repent and put your faith in His Son the Lord Jesus Christ to save you, your condition will never change.

Instead, by stubbornness against God, and your “unrepentant heart you are storing up wrath for yourself in the day of wrath and revelation of the righteous judgment of God” (Romans 2:5).

No wonder Jesus clearly said two times for emphasis in Luke chapter 13 “but unless you repent, you will all likewise perish.” (Luke 13:3, 5).

Be warned, there is no chance of repentance in the lake of fire (Revelation 20:5).

Make no mistake about it, “the wages of sin is death, but the free gift of God is eternal life in Christ Jesus our Lord” (Rom 6:23).

Like the citizens of Nineveh, the great city, it is my prayer, dear unbeliever, that you too would believe in God (Jonah 3:5). Listen to the call of the Spirit of God. Repent of your sins and accept God’s free gift of salvation through faith while His offer still stands.